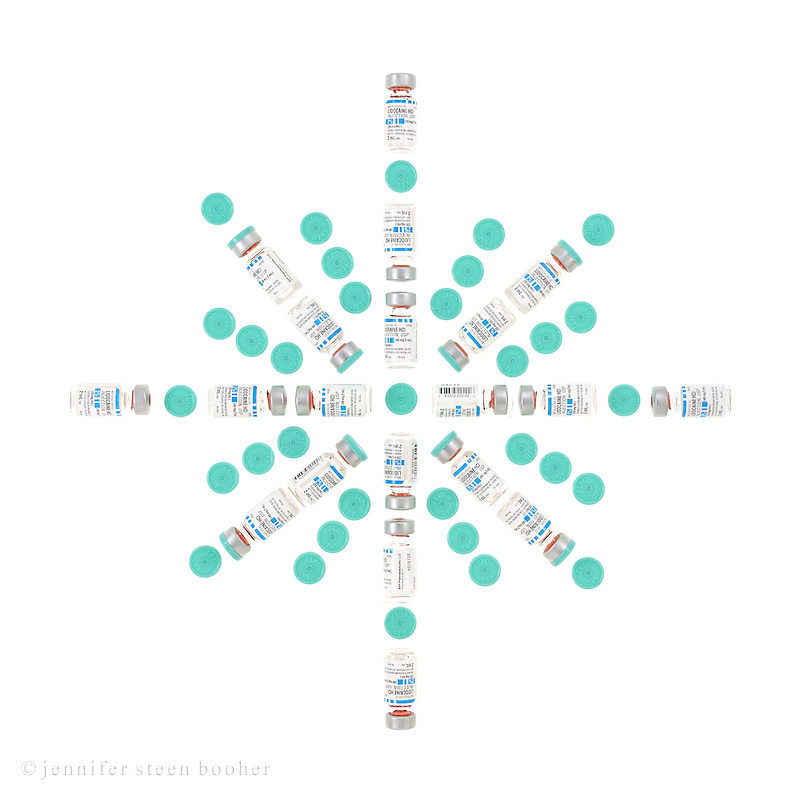 For five years I suffered from a mysterious, wracking cough that left me bedridden for two months every winter and incapacitated for several more. After years of misdiagnosis as asthma, I was aggressively treated for severe acid reflux and allergic rhinitis (by aggressively, I mean surgery, medication, strict diet, and 2 years-and-counting of allergy shots), and have been cough-free for two winters. During the years when various doctors were treating me for asthma, one of their more desperate attempts to get me some relief from the coughing spasms was nebulized Lidocaine. I can’t tell if it helped. It certainly didn’t cure the cough. I saved the bottles, knowing someday I’d find a way to use them. The first photo began as both a celebration of my own healing, and an expression of frustration with how long it took to get treatment. The series got a little darker with the second photo. 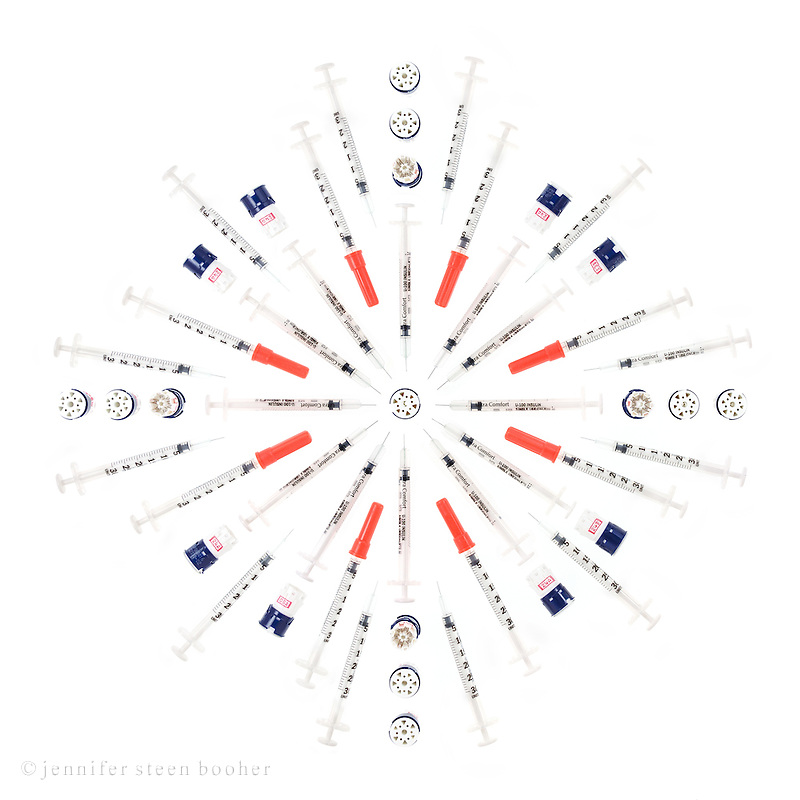 Back in February, when it looked like the Affordable Care Act would be repealed with no replacement and a group of us were talking about ways to communicate with our members of Congress, one of my friends pulled out an enormous bag of her diabetic daughter’s syringes (only about two days worth!), and said she was tempted to go to Washington and dump it out on our senator’s desk. I borrowed it first, and the series became a meditation on the expense and difficulty and physical pain of managing chronic illness. 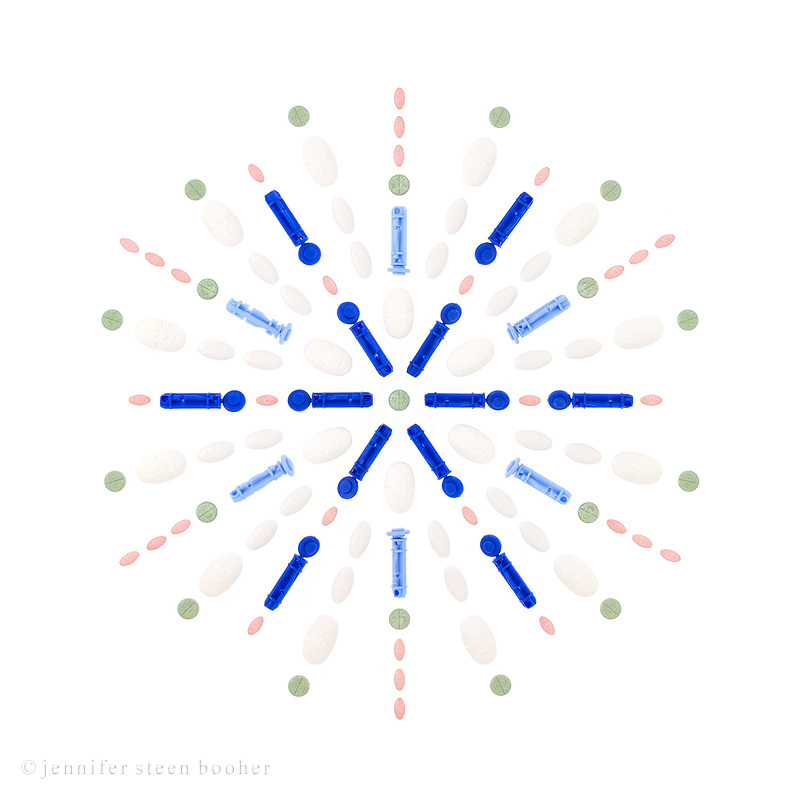 With the third photo, I ran into a ideological roadblock, and I’m not sure how to resolve it. Those are the medications of one person managing several health conditions, and while they were willing to let me borrow their meds, they did not want their name associated with the photo. Neither did my friend’s daughter. I understand, of course. It’s a small community and they don’t want their health issues to define them or to become a topic of conversation. But to me, a large part of the impact of each photo is knowing they represent the struggles of a particular person, and having a name on the photo really brings that home. It pulls the photo out of the sterile medical context and shows the human consequences – these are real people who could die without their medications, and who will be taking these medications for the rest of their lives. I’m not sure how to communicate that now. I thought about using fake names, but that seems … fake. A friend suggested describing the people: ‘Male, aged 36′ or something along those lines, but that’s dehumanizing, clinical language. Obviously my friends’ privacy trumps my artistic intent, so I settled for using initials, but to me, that pulls the punch. A name makes things personal and without it, these are just pretty patterns made of pills and syringes. Any volunteers?

Anyway, that’s as far as the series has gotten to date. Maybe I’ll do one of my own meds just to keep it moving, although I’d rather it weren’t all about me …