Late October is unpredictable weather around here. It can be surprisingly warm, and it can turn bitterly cold in minutes. The 28th was overcast, a bit chilly (46ºF) but calm. It always feels warmer without wind! I walked down to the Bar, which is about ten minutes from my house. The Bar is a spit of land that connects Bar Harbor to Bar Island at low tide. You’ve probably already guessed it gave the town and the island their names… I love walking out there because you really feel like you are walking on the bottom of the sea. It’s possible to drive across, although it’s kind of pointless since you can’t drive on the island (no roads) but people do it anyway, and every summer some poor tourist doesn’t understand the concept of tides and their car has to be towed out of the ocean. Those two cars in the photo below would be submerged up to the door handles if they weren’t moved before the tide came in. (But they were, don’t worry.) 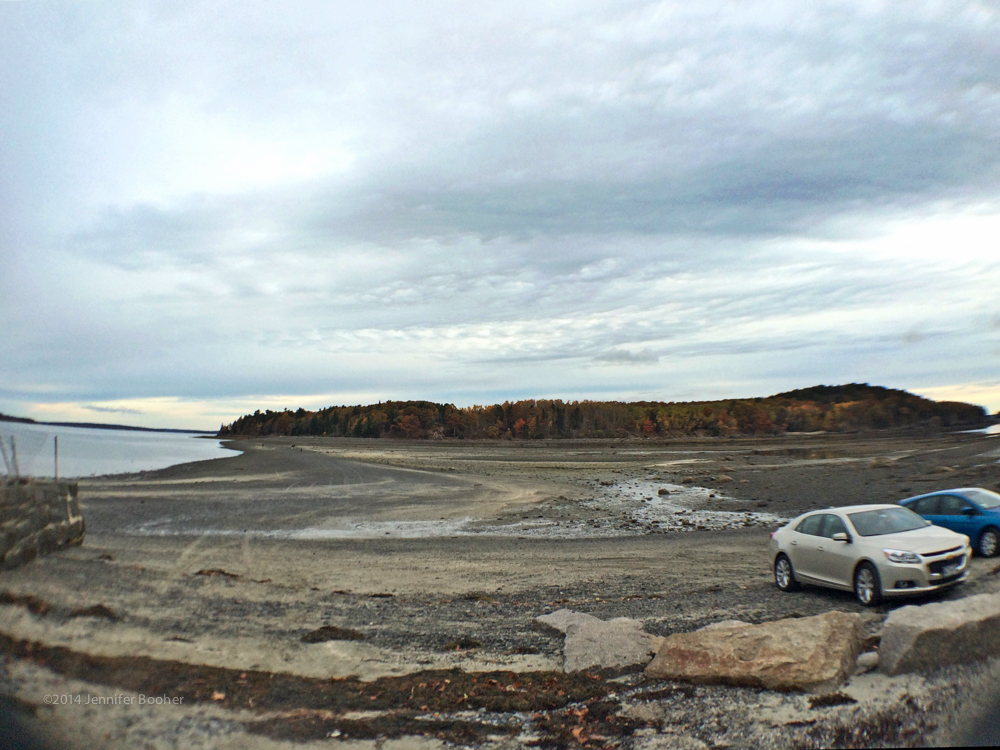 I found another Lion’s Mane jellyfish just off to the right of those cars, and this time I was able to get a decent photo (still with the iPhone, sorry.) Isn’t that color amazing? Like raspberry jam or a Victorian aspic. And yes, apparently the dead tentacles can still give you a nasty sting, so I didn’t touch the ground around it even though I couldn’t see any sign of tentacles. I figure they get 20 feet long, so they could have been anywhere! 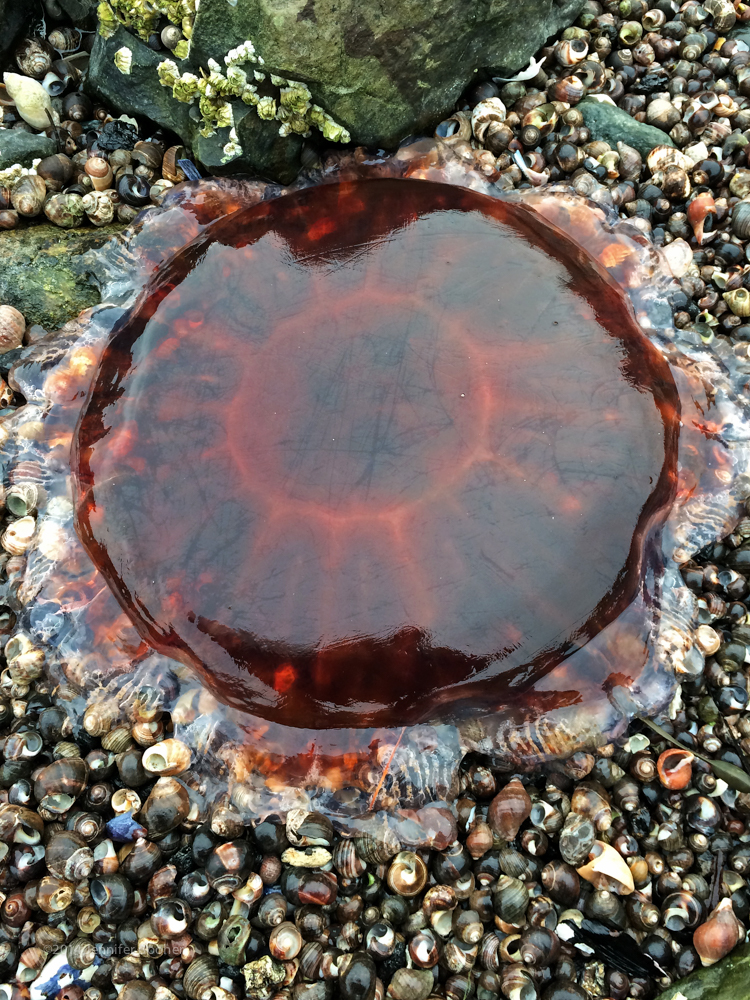 I show you my own feet here for scale: 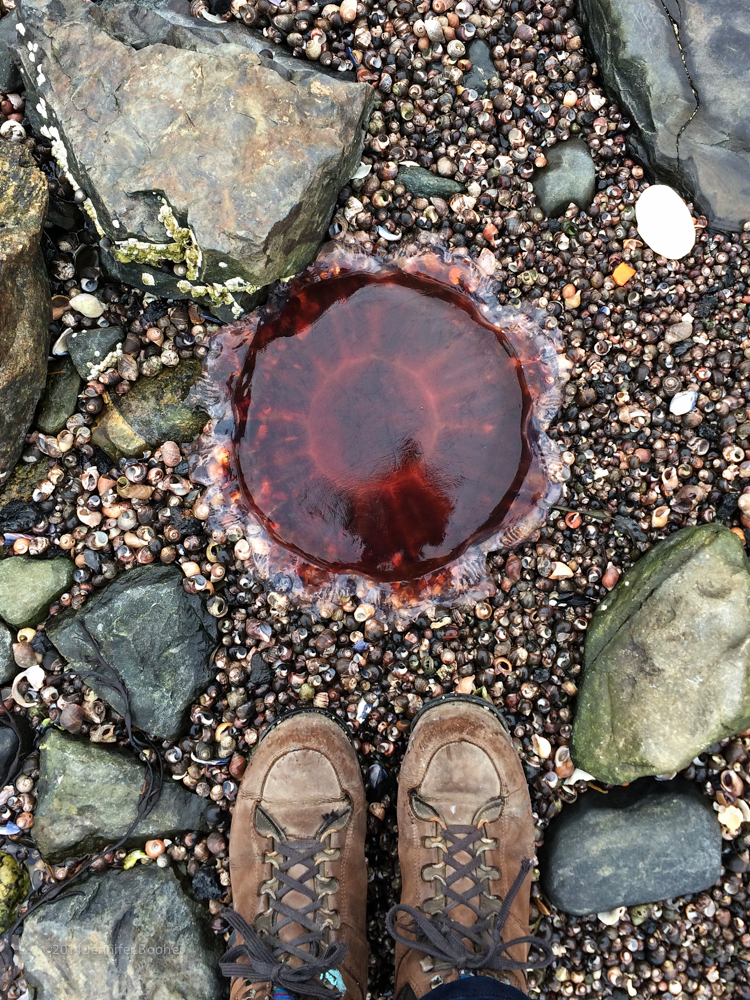 One more shot, because that clear frill is so damn pretty! 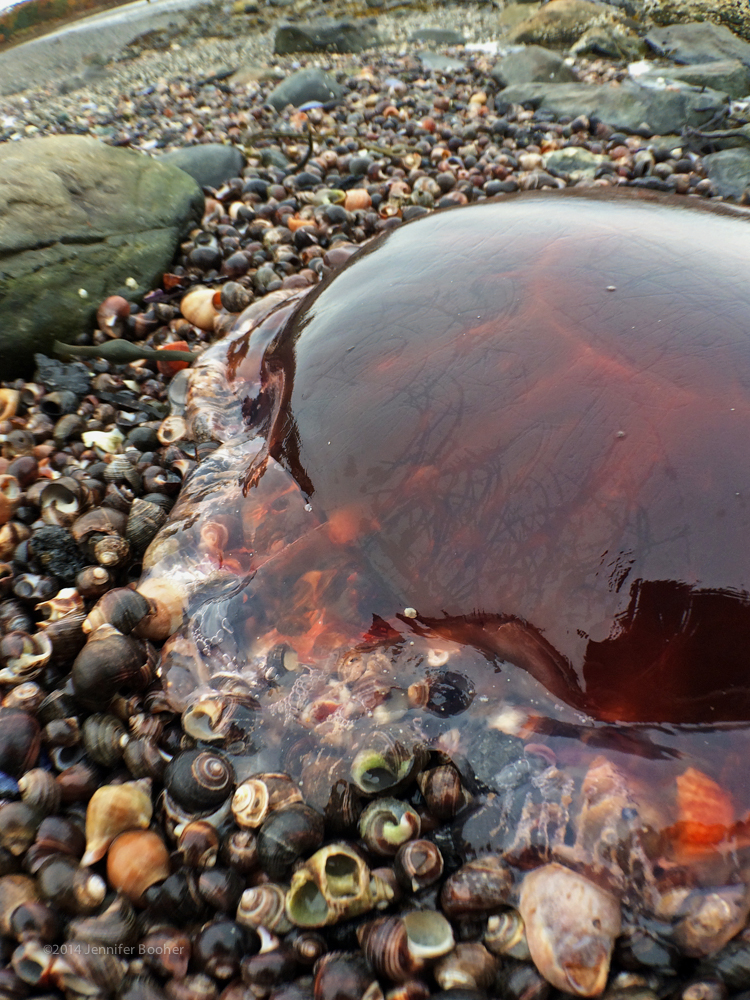 I hadn’t been down to the Bar in a long time, and was pleasantly surprised to see eelgrass making a comeback here. 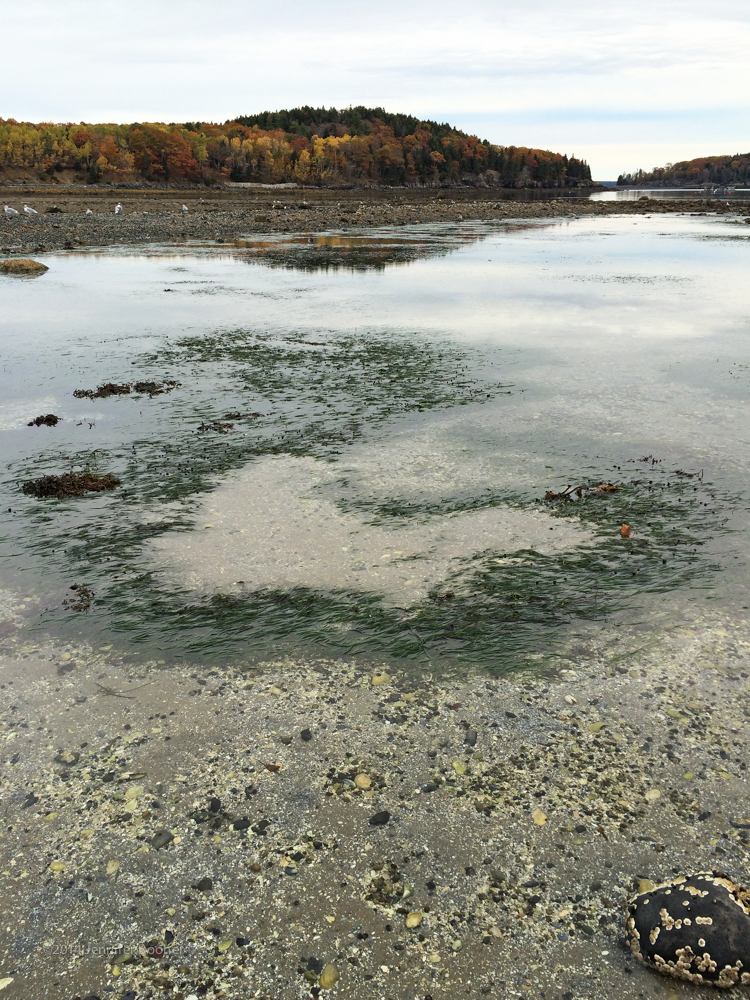 Playing with that wide-angle lens, kind of an interesting effect: 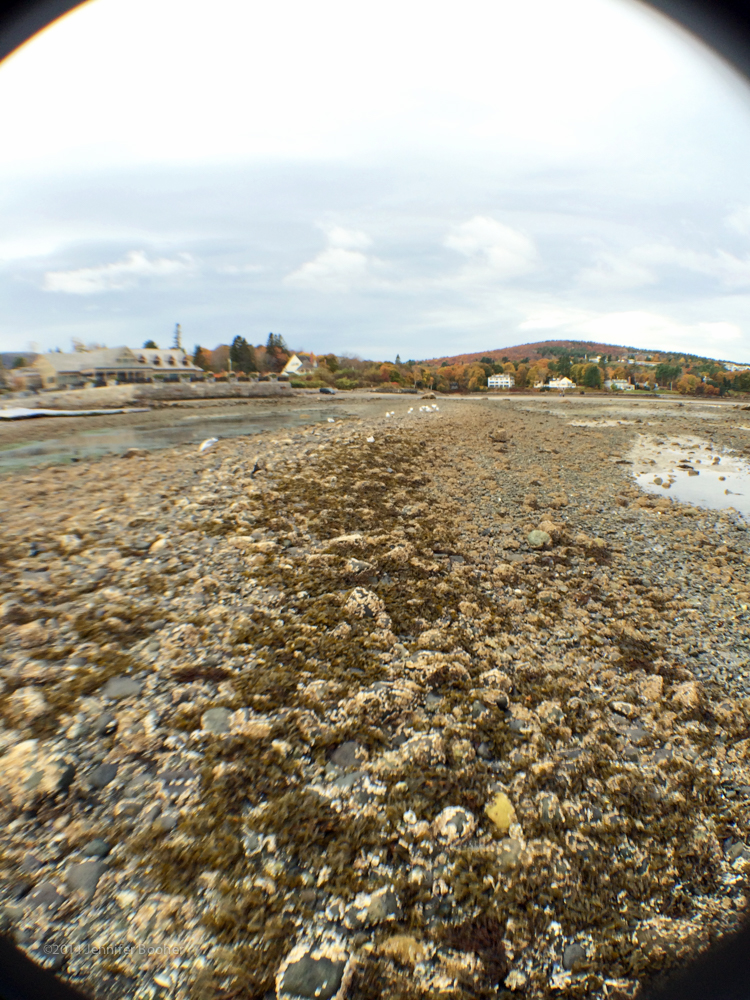 And some snippets of cool things on the beach: 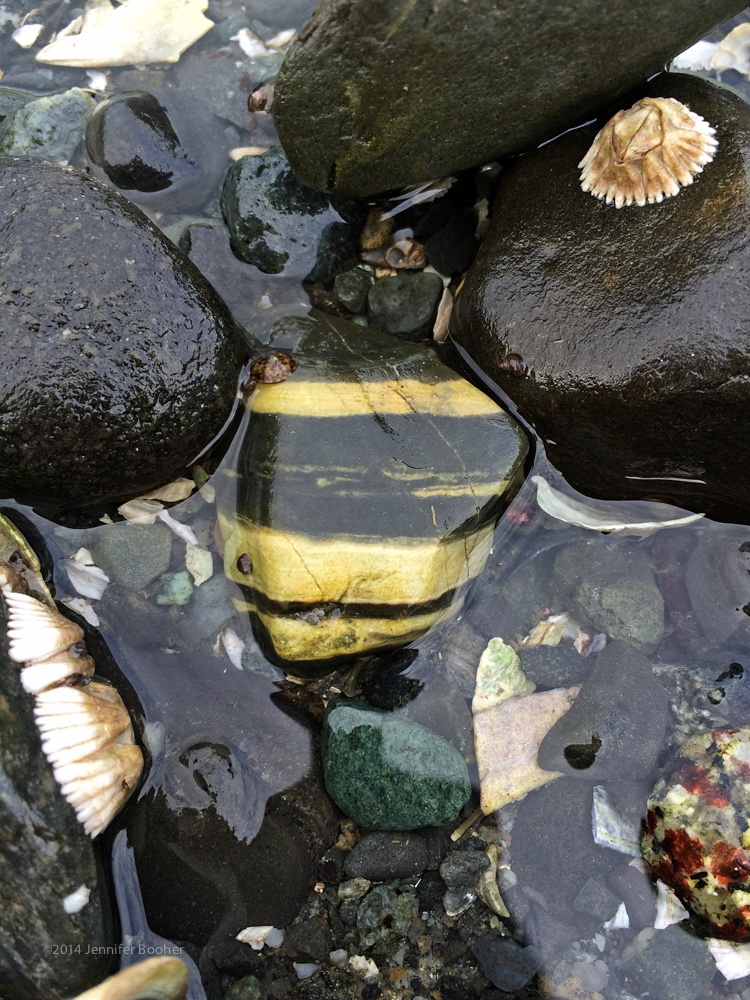 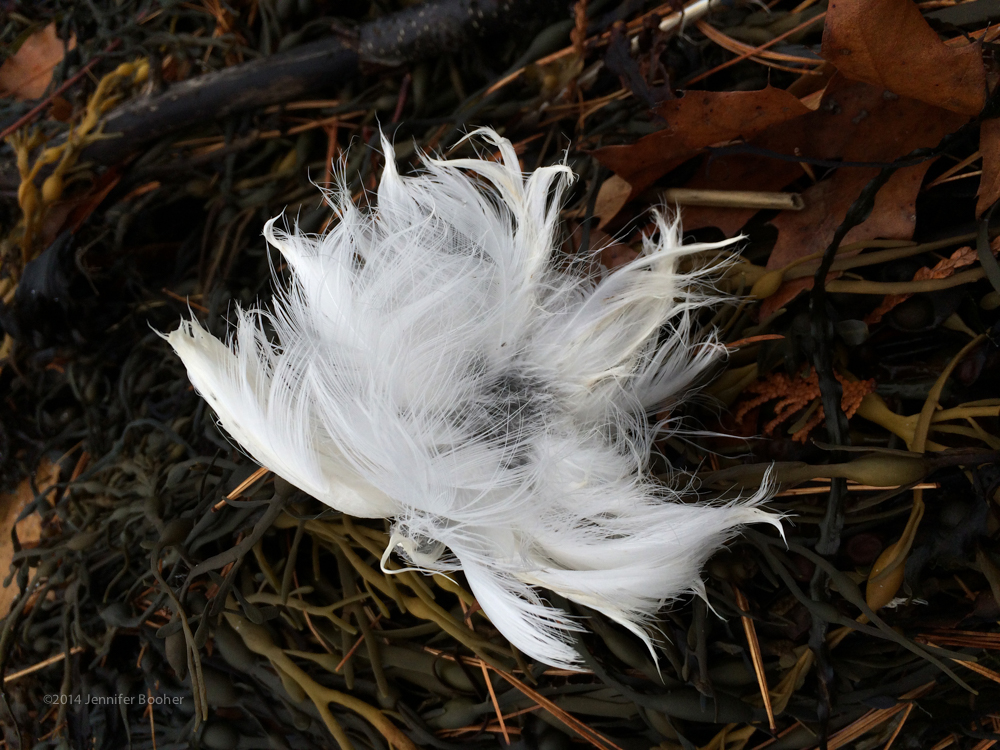 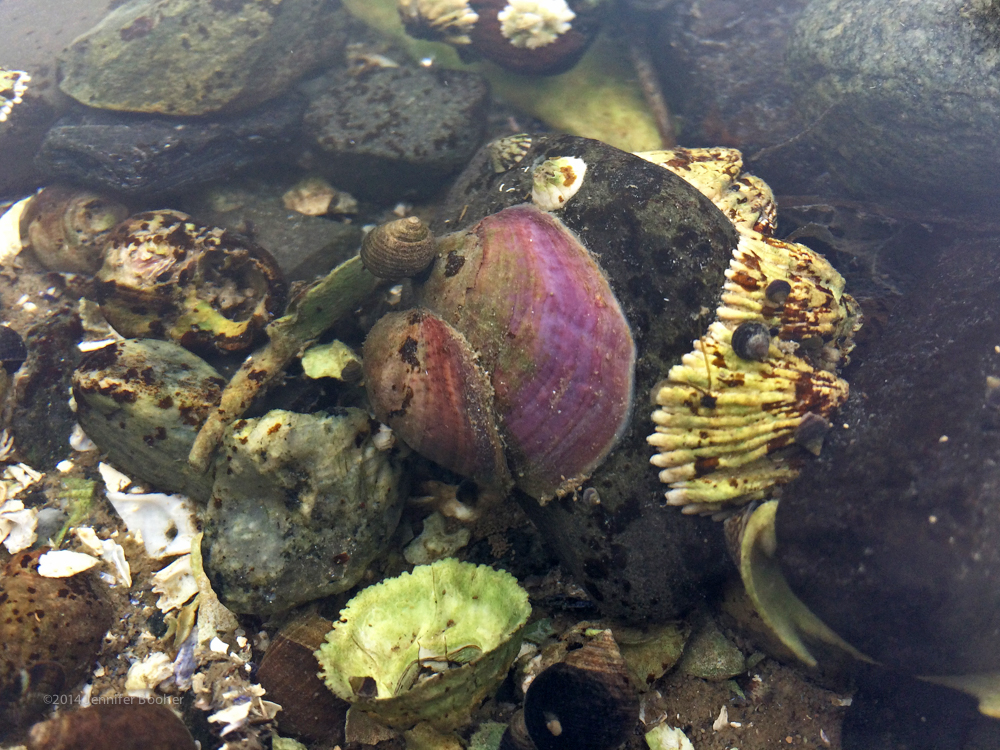 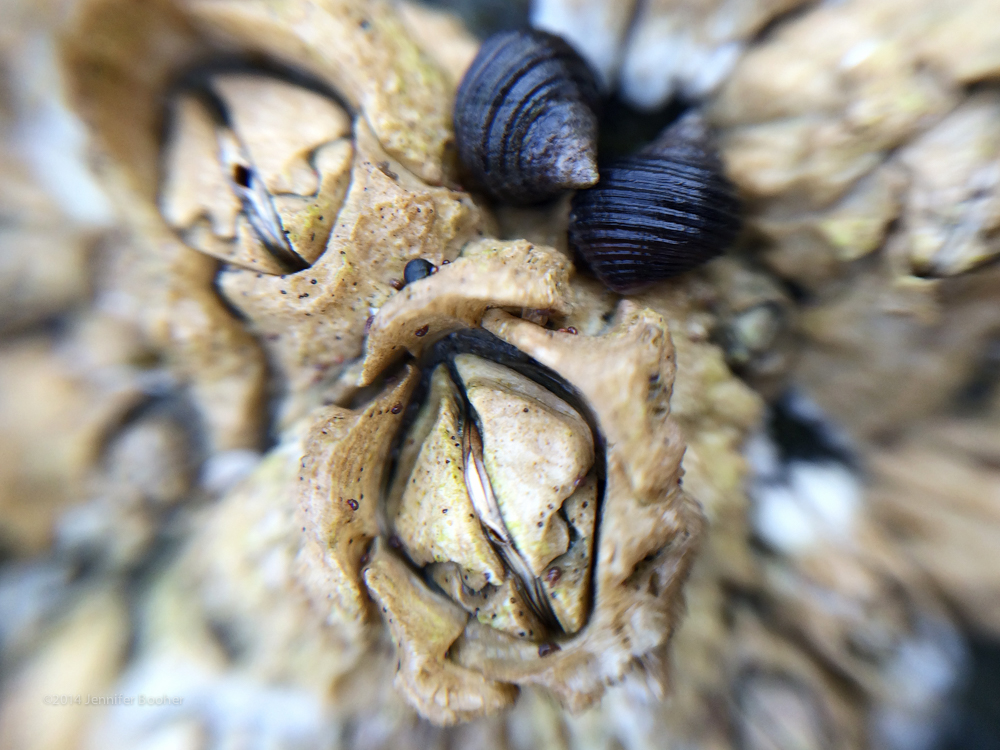