When I hit the beach at 11am, Halloween was sunny and 53ºF.  A slight breeze from the northeast chilled my fingers out on the more exposed flats, but it was warm enough in the lee of the rocks to unzip my coat.  The bright midday sun felt good on my pale Northern skin but the glare and harsh shadows made it hard to see little things on the beach. I attempted a panorama with my phone. It looks really weird! The road doesn’t curve nearly that much:

Among the interesting things I found on the shore was a dead sea cucumber – sorry it’s so mangled looking, but that purple color was gorgeous: 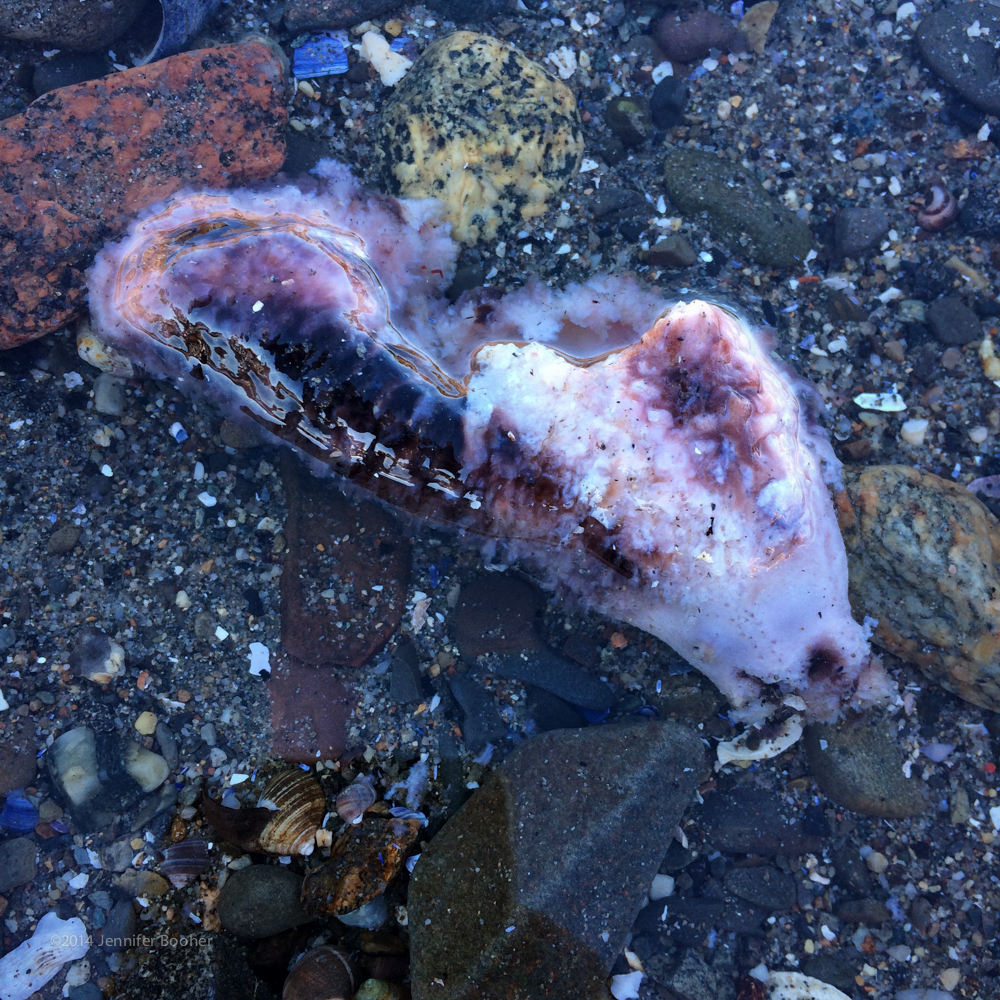 Wide stripe of pink granite (a geology-minded friend told me this is a granite dyke cross-cutting country rock): 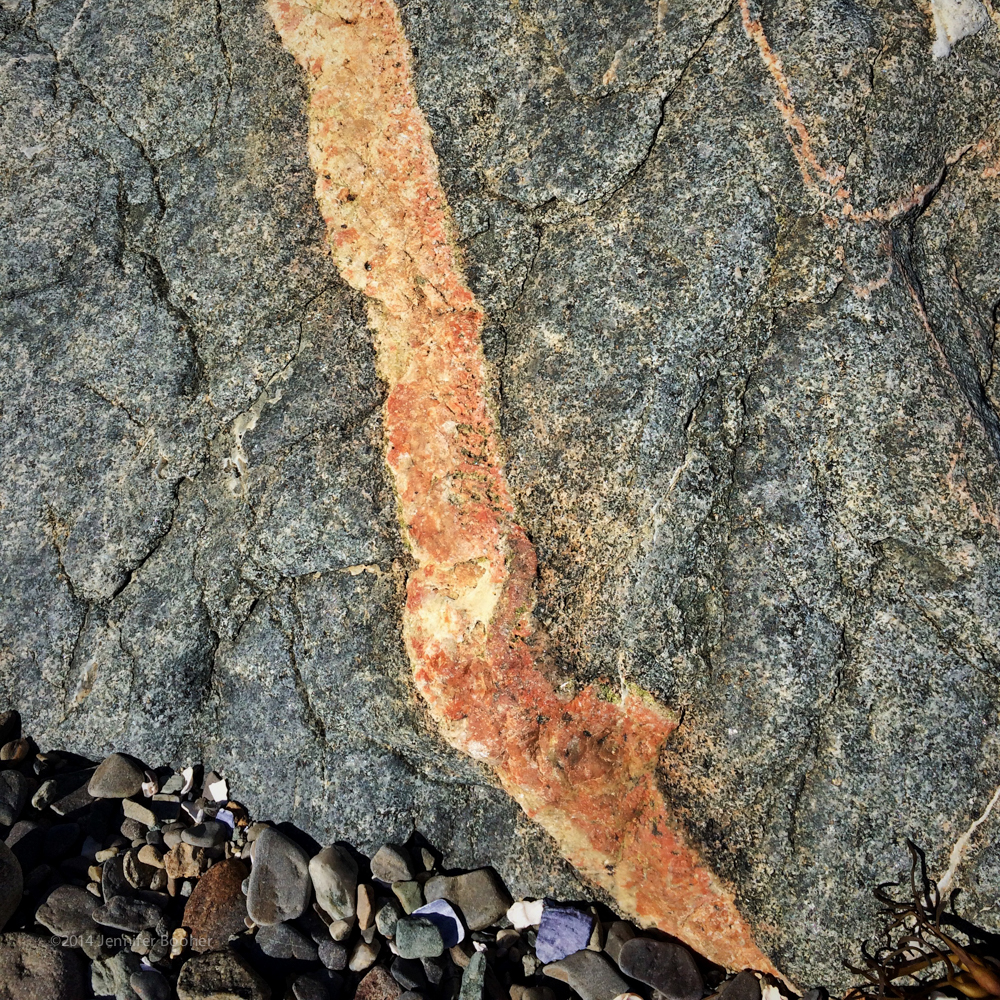 And in the “How have I never noticed this before” category, tube worms. See all the twiggy things sticking up out of the mud? 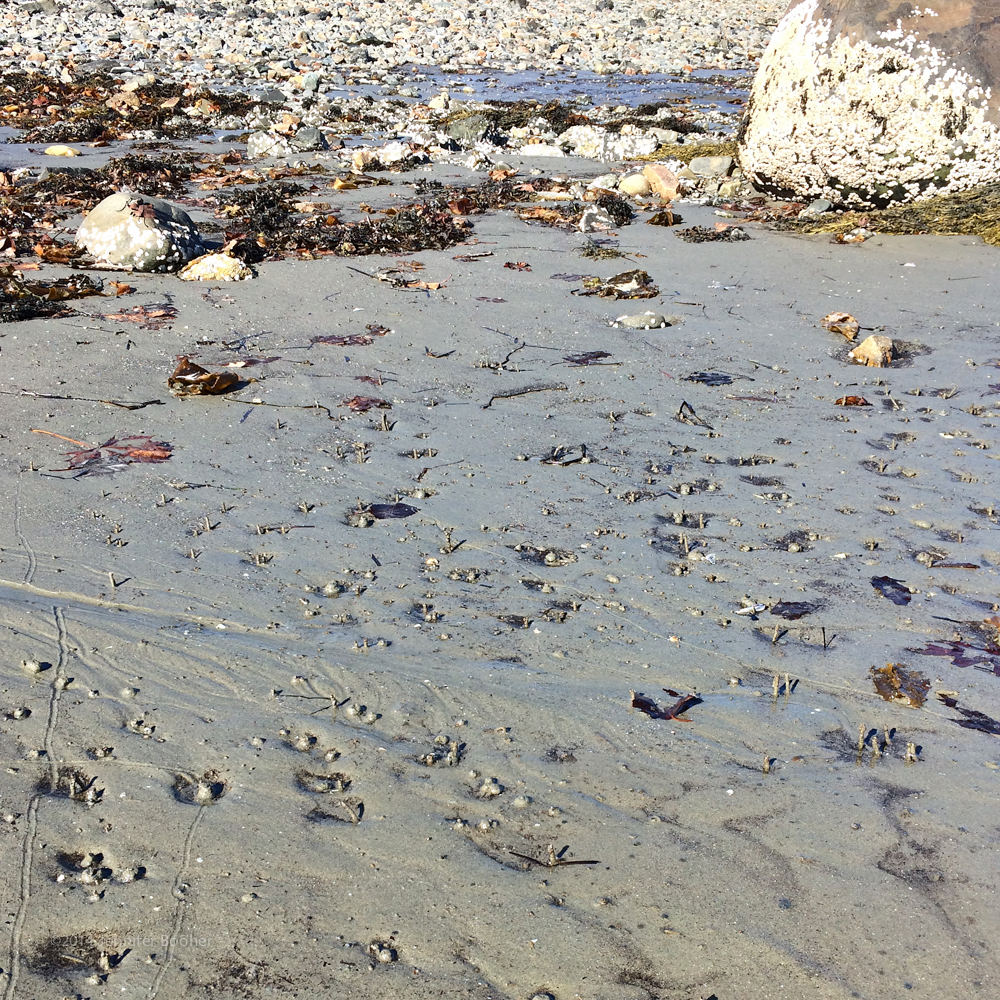 Tube worms casings made of sand and mucus. You would have died laughing if you’d been watching me when I found these. I had never seen them before, so I squatted in the mud, studying them. I couldn’t even figure out if they were animal or vegetable – I used a razor clam shell to dig one up, and it was a hollow tube about 6″ long. No roots, no worm inside, and it snapped kind of like a succulent stem. So I asked my Facebook friends, and they came back with Spiochaetopterus worm casings. So now I know! Although I still can’t figure out where the worm went when I dug it up. But damn it I have been wandering around Hulls Cove in every season and all weathers for ten years now, why have I not noticed these before? It makes me marvel at the sheer impossibility of learning it “all,” and also question my powers of observation. [Oh, and those grooves in the mud behind the worms are periwinkle tracks.] 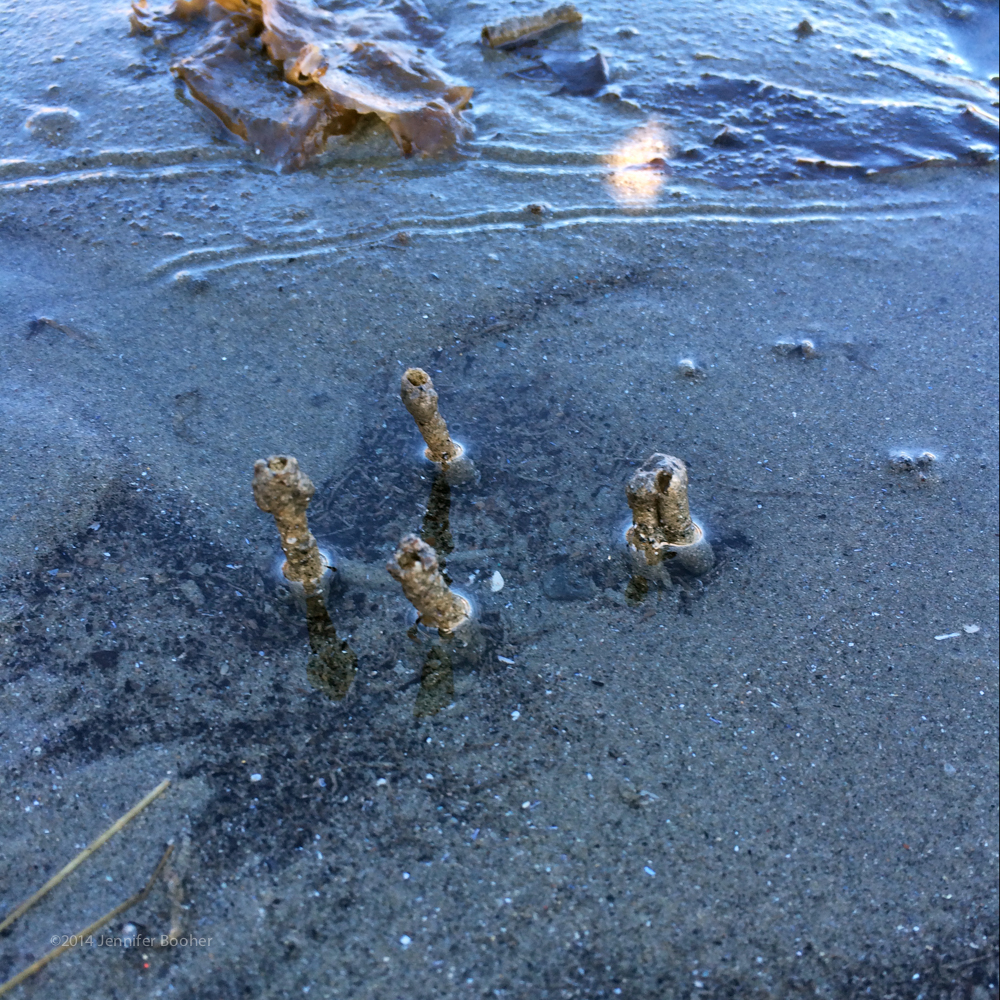 And here’s a pretty piece of lime-green sea glass to make up for the corpse and the worms (although I have to point out that this was Halloween): 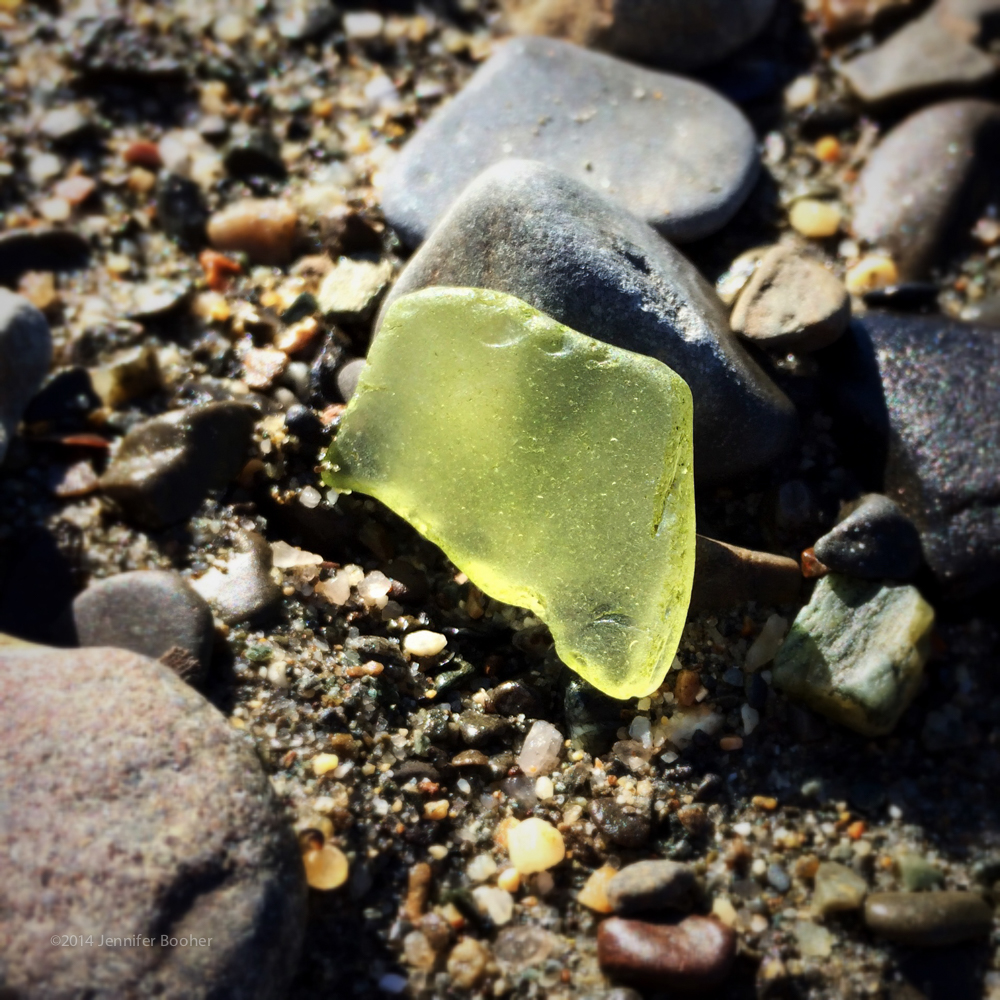