The most recent issue of the Southwest Harbor Historical Society showed up in my inbox last week and answered some of the questions I’d raised after my interview with Douglas McMullin at Maine Coast Heritage Trust last fall about the brook’s name. I’d found several names for the tidal creek running through the preserve there, and wondered where they came from. The earliest maps label it “Doctor’s Creek,” followed by “Kittredge Brook.” MCHT calls it “Babson Creek,” although I haven’t found that on a map yet. Many thanks to the SWHS for clearing up two of the names. Dr. Kendall Kittredge, who arrived in 1799 with his wife, Sally Whiting, was the first doctor on the island. 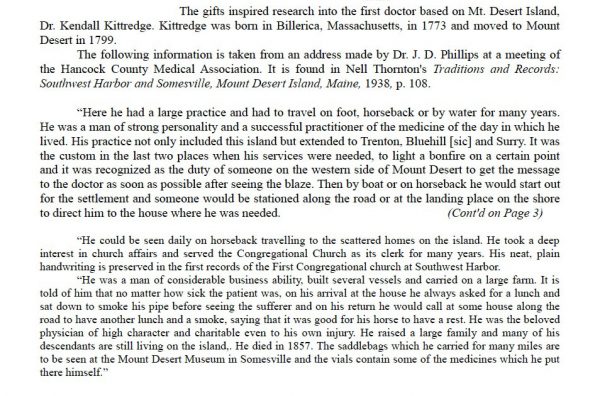 I also wondered about the spelling of “Kittredge,” which has a lot of variants here on the island. I found this genealogy in a family Bible, which confirms the spelling: 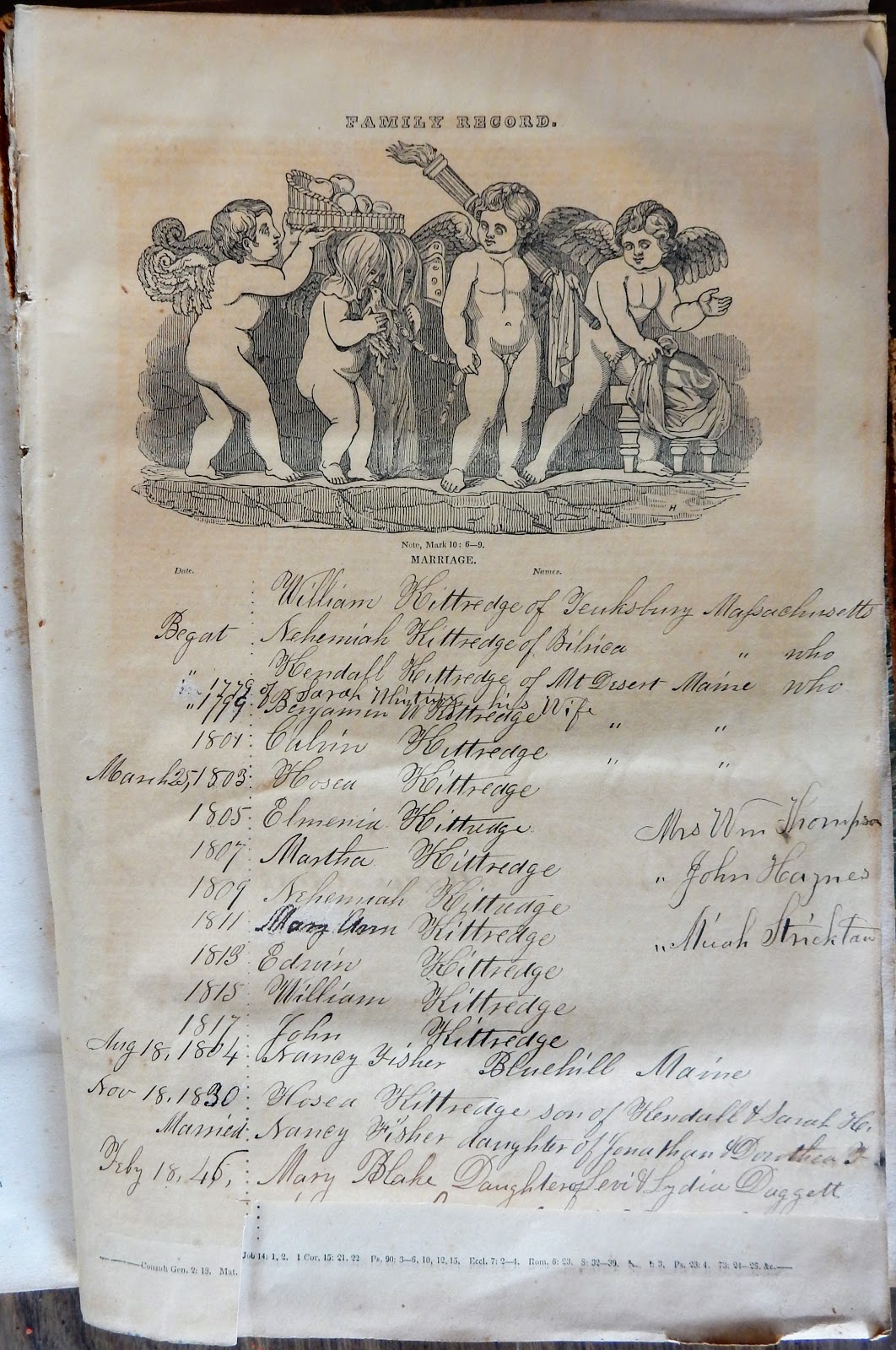 “Comprehensive Commentary on the Holy Bible that belonged to Rev. Hosea Kittredge, a native of Mount Desert, Maine, and his wives Nancy (Fisher) Kittredge and Mary Blake (Daggett) Kittredge and their descendants. The Bible contains three pages of Family Records in the back.” via Heirlooms Reunited