On October 20, Kenn Chandler and I hiked around Crowninshield and Dodge Point from Seal Harbor Beach to Bracy Cove. There’s a lot of history in that area, so it’s taking me a long time to write up, plus I keeping finding all kinds of interesting things about areas I’ve already written about, so this is just a short update post to let you know things are still moving behind the scenes. It took about 4 months to gather permissions to hike this section, and I am so grateful to the people who helped – special thanks to Sue Ferrante-Collier and Steve Pinkham! Stay tuned for that post, and to tide you over, here are a few cool finds for Schooner Head: 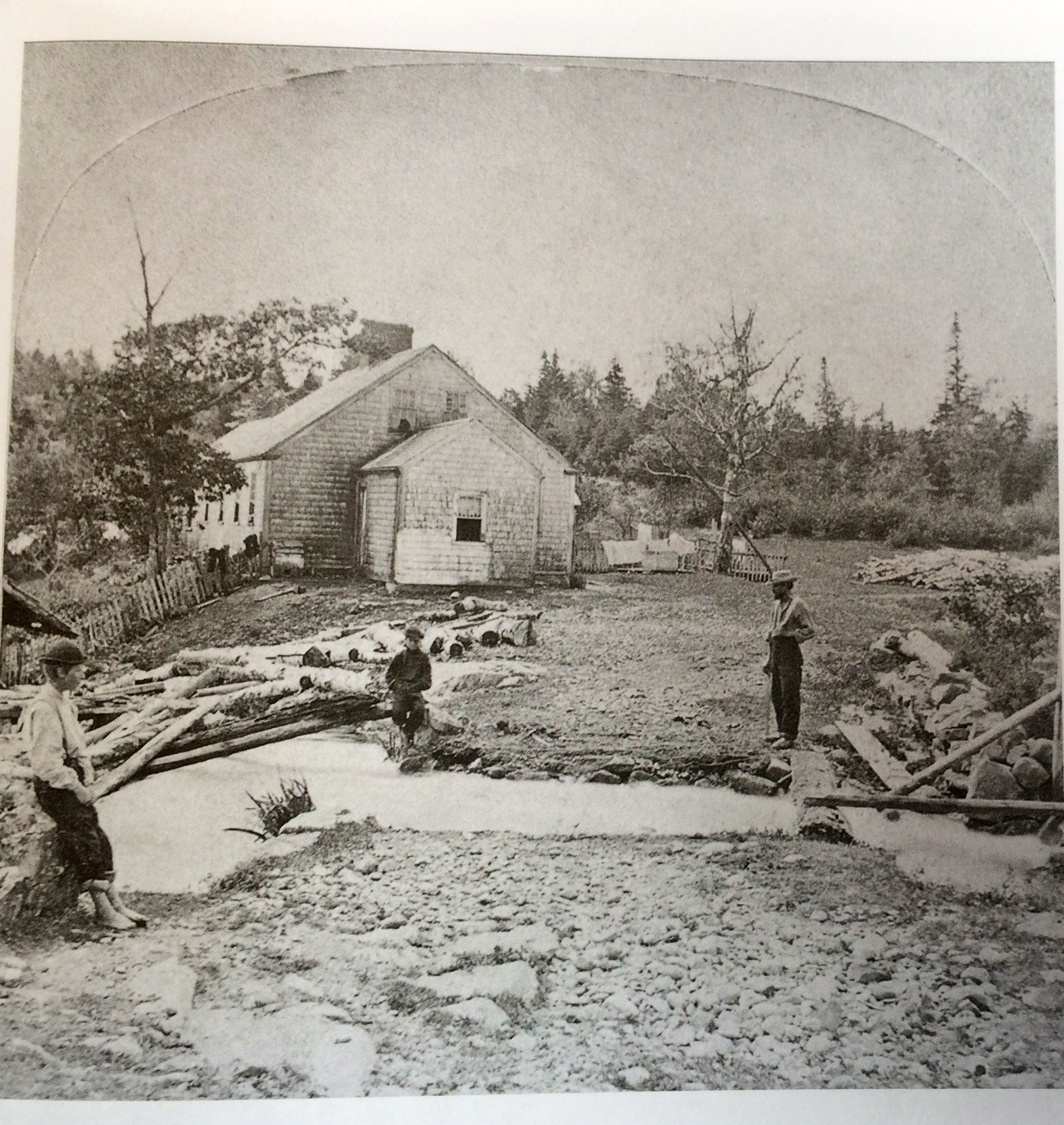 The first European settlers on Schooner Head were William Lynam and Hannah Tracy. Married in Gouldsboro, they moved to MDI in 1831 and started a hundred-acre farm on Schooner Head. [As a side note, can I say how much it irritates me when history books say that male settlers came to the island and brought their wives with them? I don’t think any pioneer farm survived unless it was a joint enterprise, so can we please just start saying ‘they’ instead of ‘he?’]  There were few inns on the island until later in the 19th century, and the earliest tourists often boarded with local families, including the Lynams. Several of the early artists who visited (including Frederic Church, I think) stayed here. 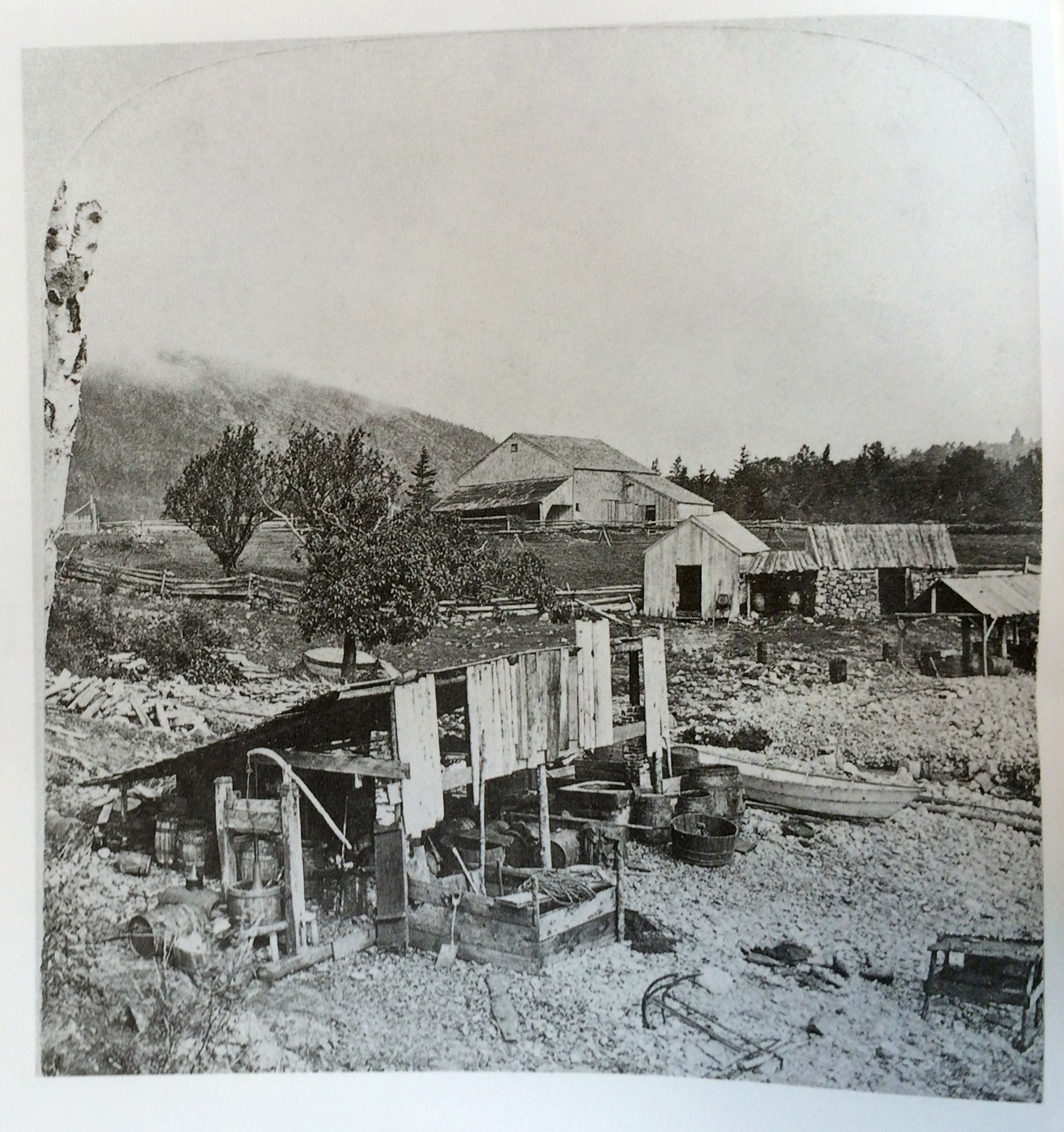 Outbuildings of the Lynam farm, with a fish oil press in the foreground. Photo from “Opulence to Ashes: Bar Harbor’s Gilded Century” by Lydia Vandenbergh. 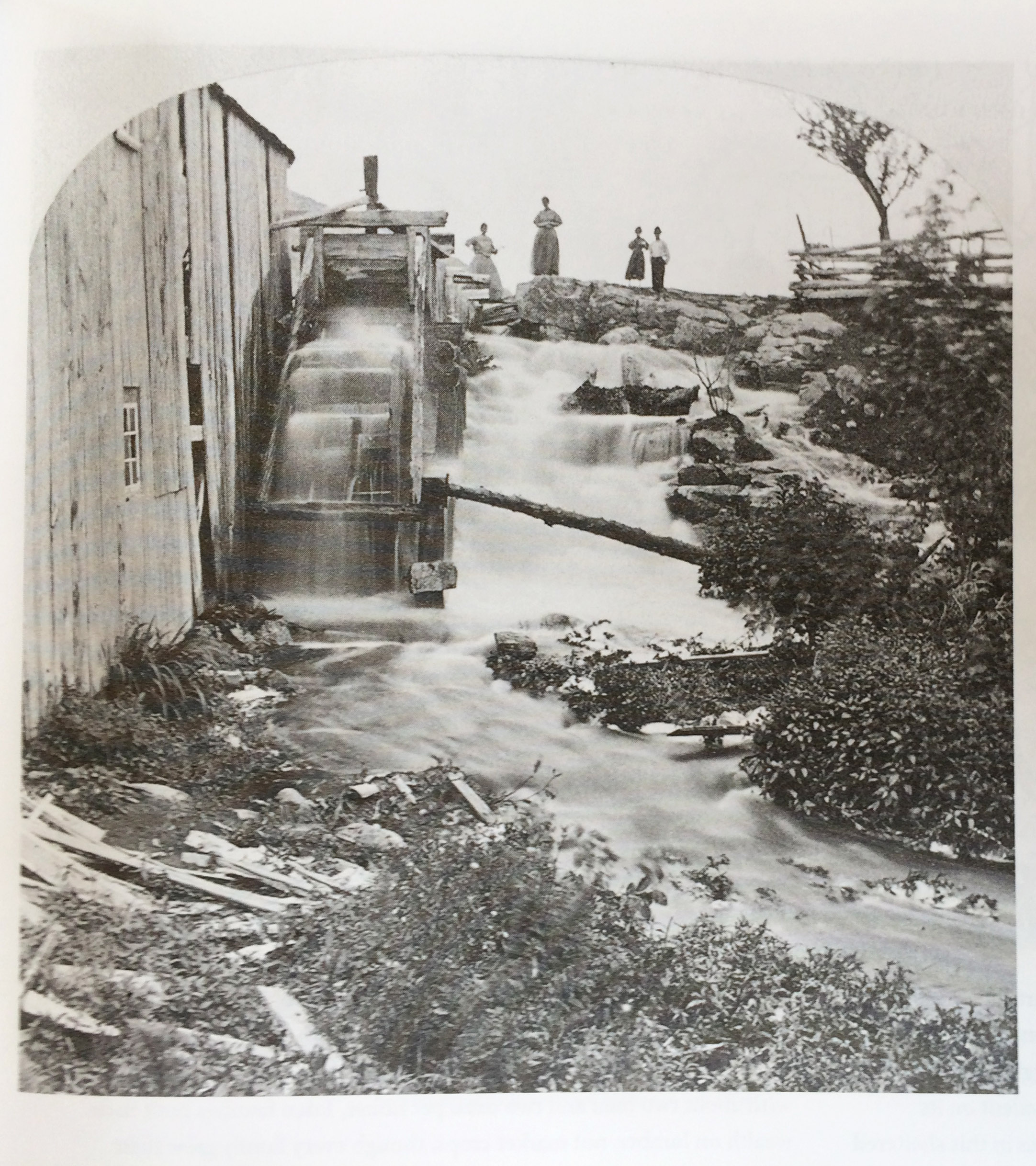 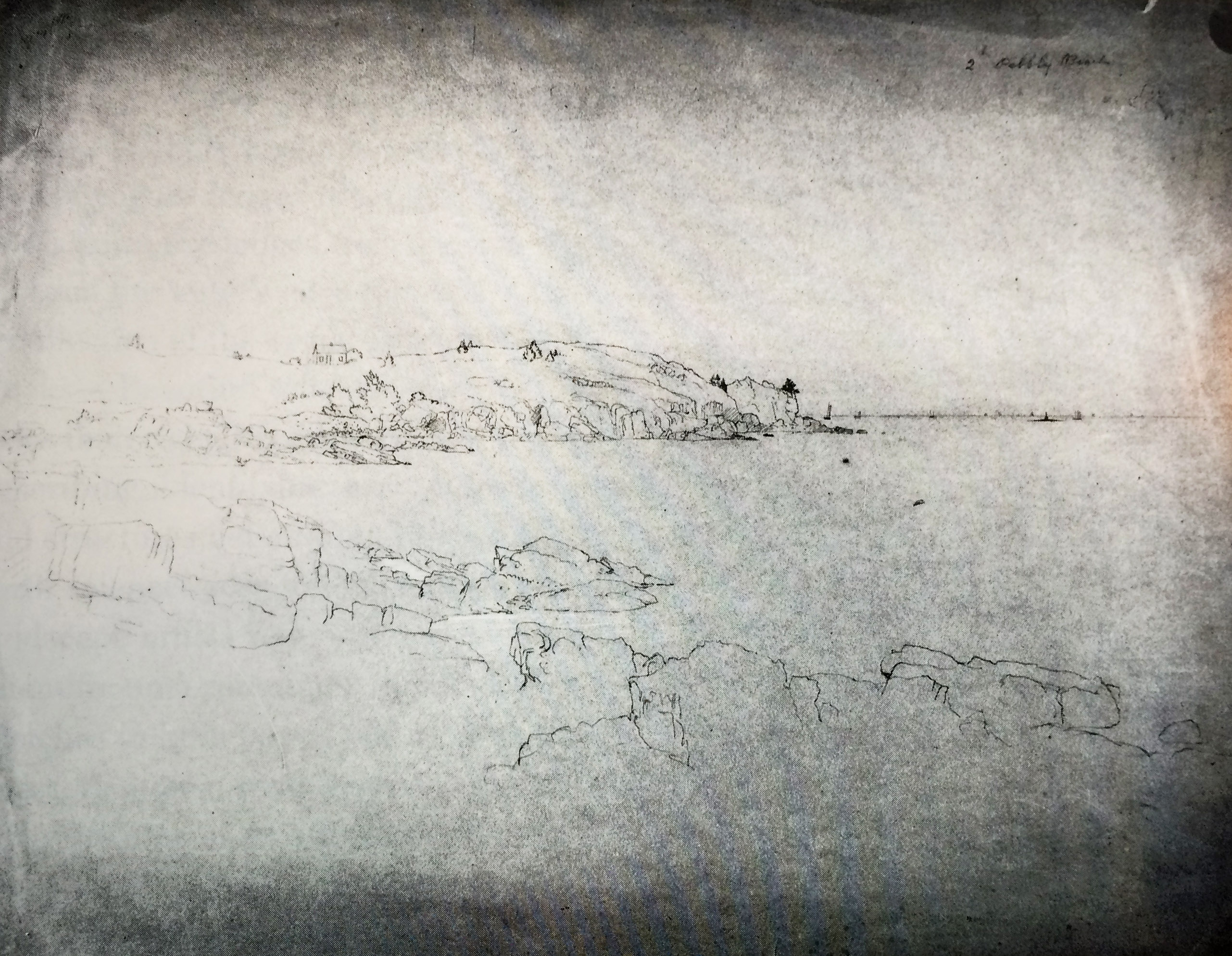 Charles Tracy, a New York lawyer and one of the earliest tourists to MDI, kept a diary of his visit here in 1855. Here are his descriptions of Schooner Head and the Lynam family: 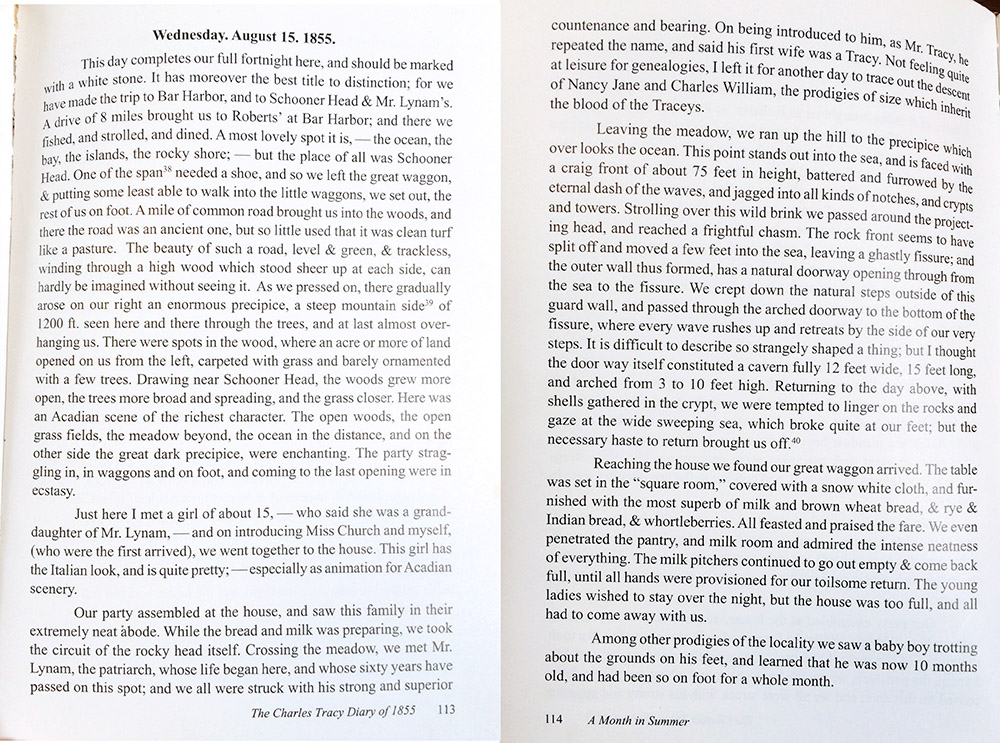 from “The Tracy Log Book 1855” edited by Anne Mazlish 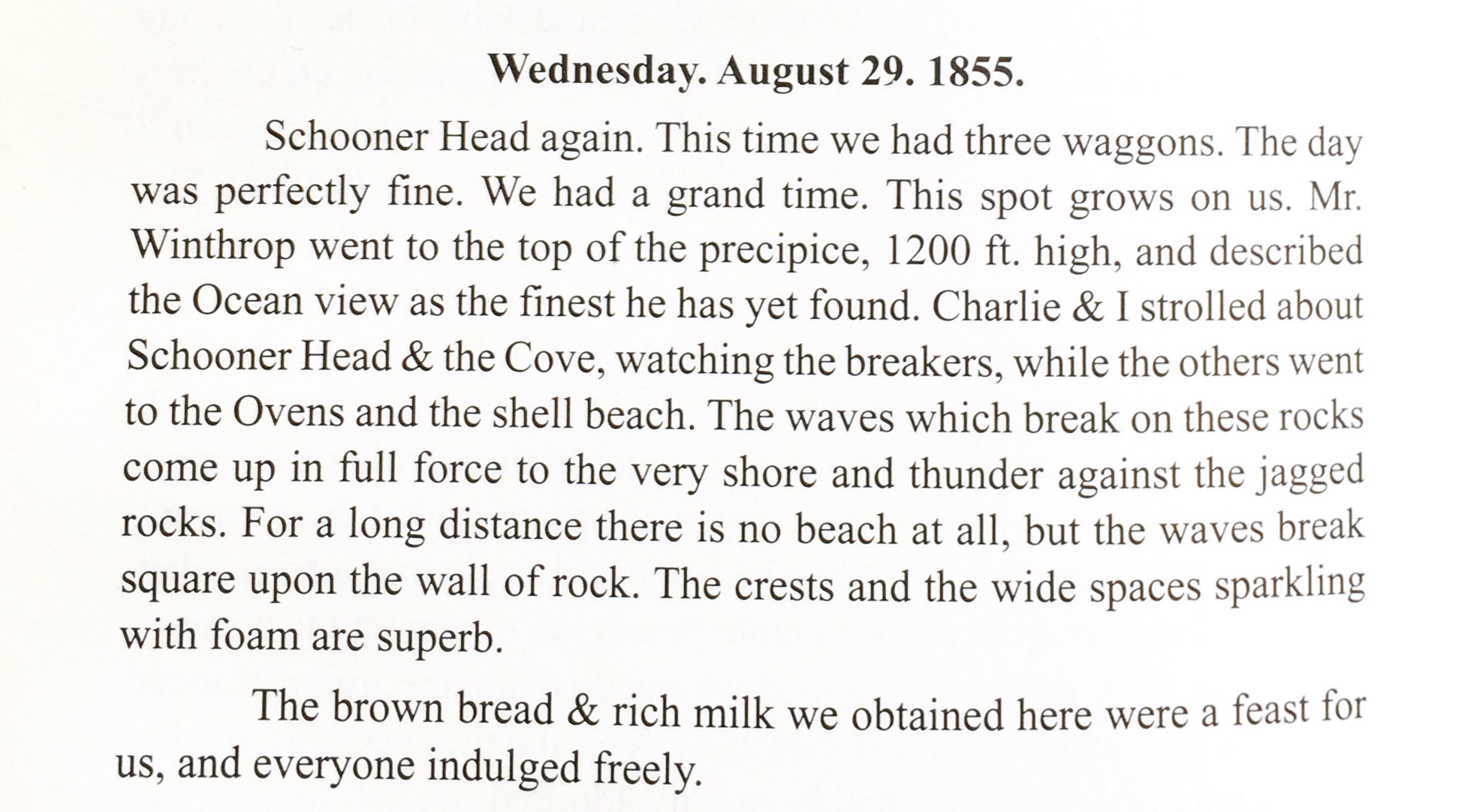 from “The Tracy Log Book 1855” edited by Anne Mazlish

You may already know some of this, but a whole web of connections spreads out from that 1855 visit. Charles Tracy’s daughter Fanny, who traveled with him, later married J.P.Morgan. She brought him to Mount Desert Island for their honeymoon, they built a house here, and most of the senior members of his firm (the ‘Morgan Men’) started summering here and building houses. The Morgans bought Great Head for their daughter, Louisa Satterlee (see Coast Walk 8) – her children donated it to the National Park.  Alessandro Fabbri, whose WWI transatlantic radio station we talked about in Otter Creek, was the son of one of those Morgan Men. So the web goes from brown bread at the Lynam farmhouse to Gilded Age cottages along West Street to submarines in Otter Cove. Crazy, isn’t it, what one tourist started?