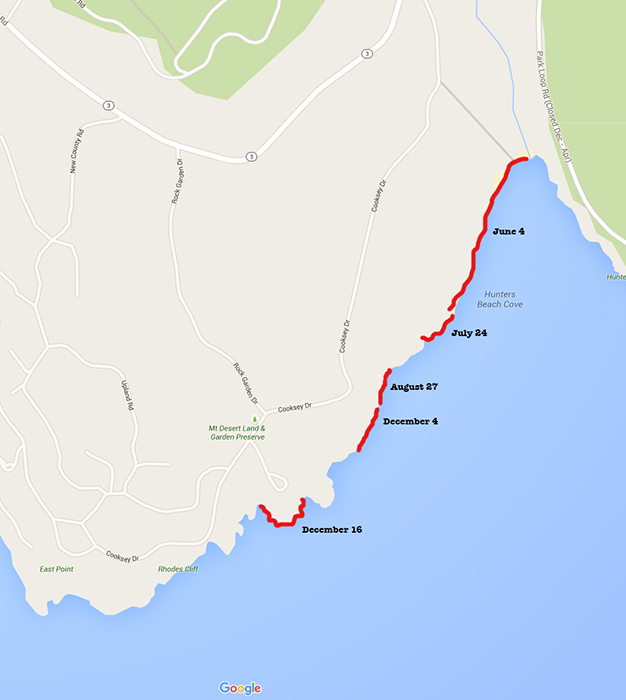 Dec 16, 7:37am. 32ºF (0ºC) with a strong wind from the southwest. 4 Great Cormorants (Phalacrocorax carbo), a crow, something duck-ish but too far off for ID, a green crab, a couple of baby sea stars, sea urchins, and a flatworm (Planaria genus). 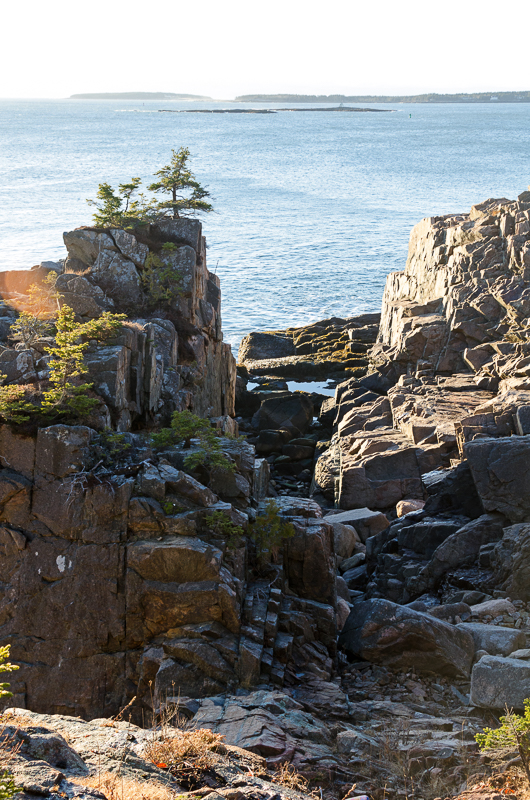 It was a beautiful morning for a hike, if you don’t mind a strong wind on a cold day. (I don’t.)  This was all private property, so I owe a big thank you to the property owners who gave me permission to cross their land. Thank you! The geology was dramatic, with sheer cliff faces of pink granite dropping eighty feet to the water in some places. 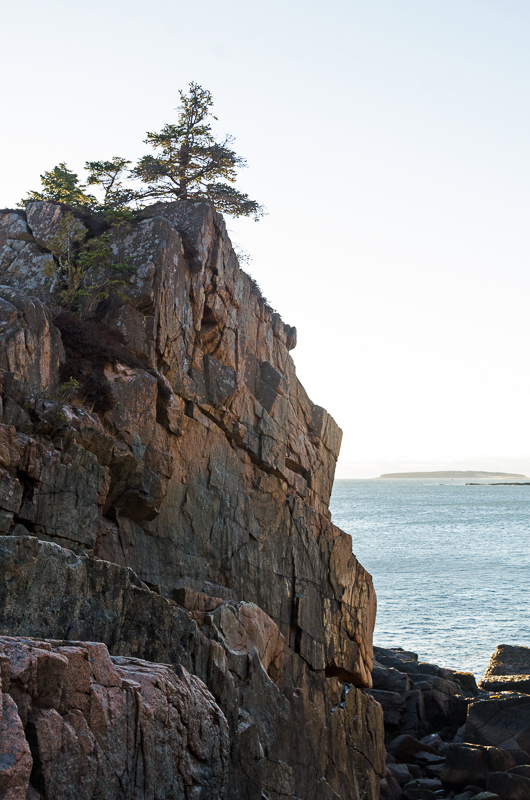 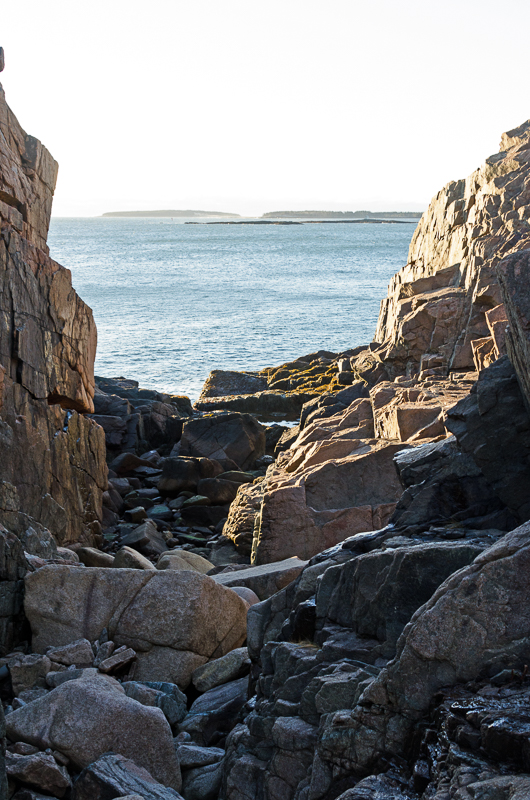 As I followed this cleft down to the water line, I spotted four cormorants off in the distance: 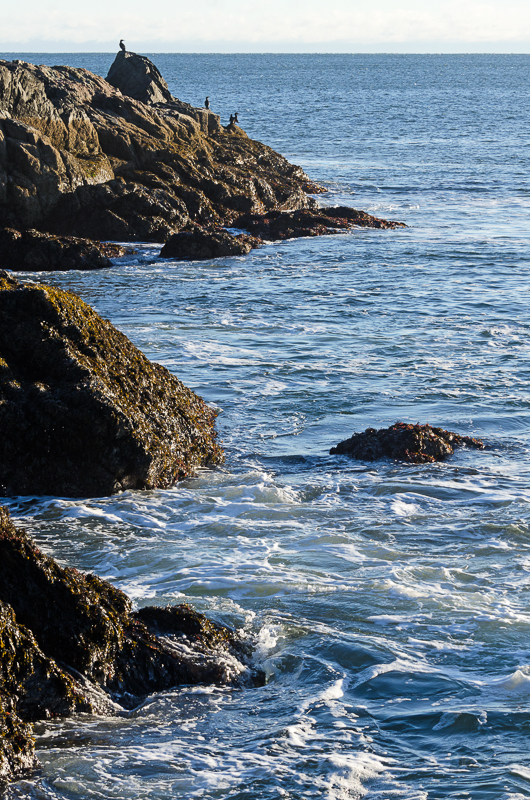 Through the miracle of the zoom lens I was able to get just enough information for a more knowledgeable friend to identify them as Great Cormorants (Phalacrocorax carbo). (Thank you, David!) You probably can’t see it in these photos, but some of them show the distinctive white patch under the chin. The surf was crashing over the rock they were perched on, and they seemed to be enjoying the spray: 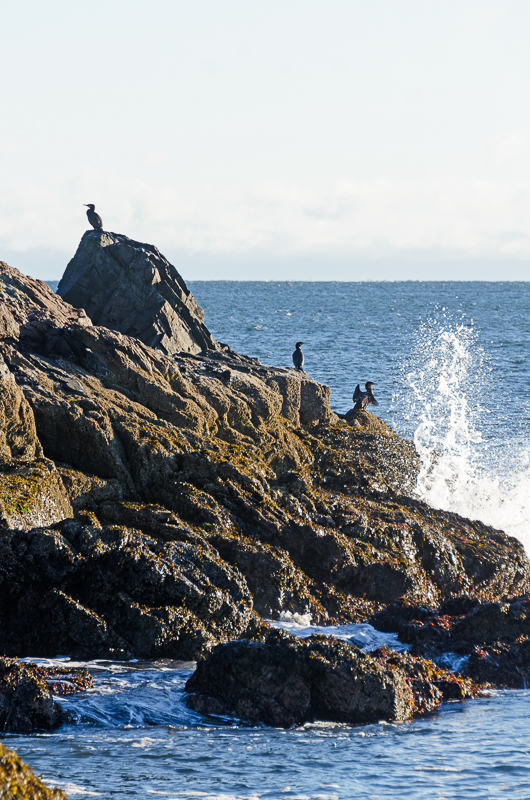 The rock I was perched on got hit by surf, too, but I didn’t enjoy the spray quite as much: 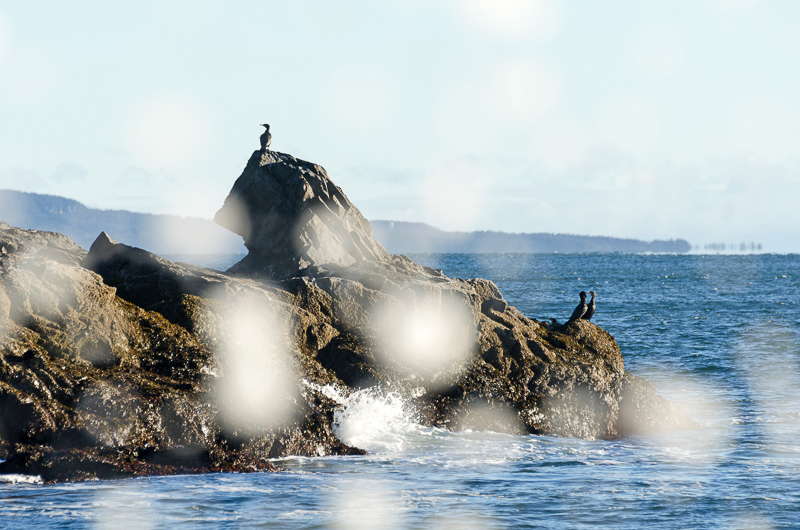 Ledges like this are easier to traverse than the boulders-with-rockweed that I see so often, but they can be treacherously slippery so I moved carefully. 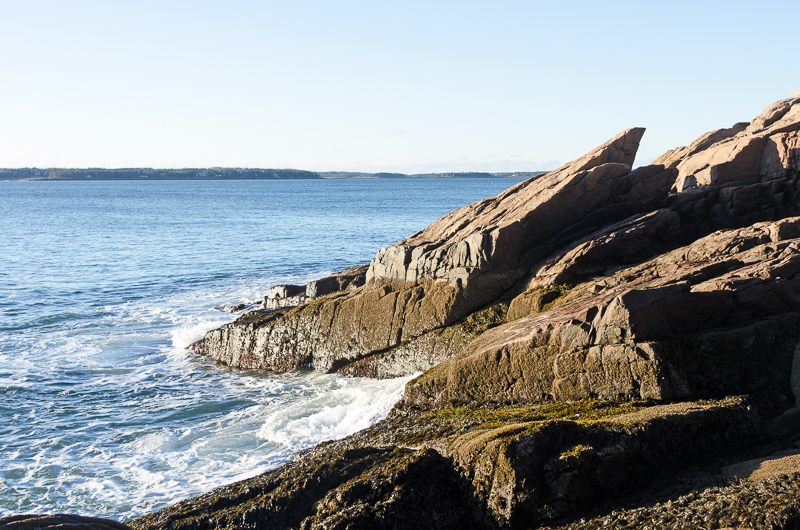 I caught sight of a remnant of the old Seal Harbor Shore Path running along the top of the cliff at a couple of points. You might remember we first saw this just past Hunters Beach. 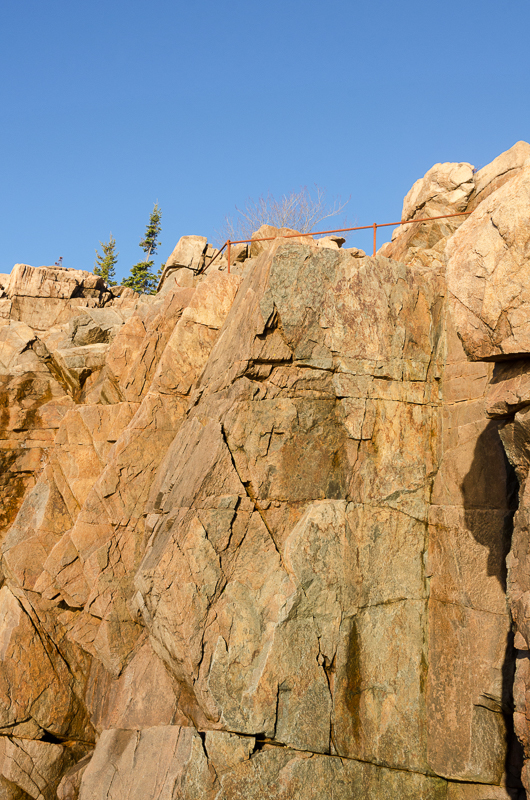 To recap: it was built around 1896, and ran for about a mile from the Crows Nest property to Hunters Beach. Cooksey Drive, then called Sea Cliff Drive, had recently been built by William Cooksey, a real estate developer, and the path was built to provide shore access for the landlocked lots in his development. You can see it as a dotted red line on this 1896 path map: 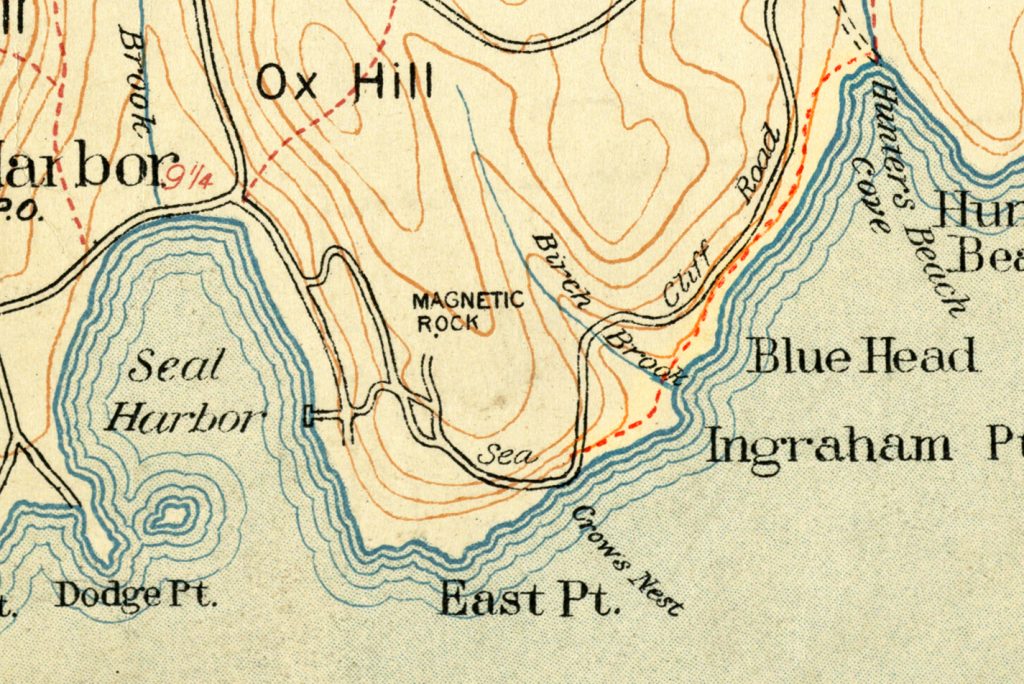 It fell out of use in the 1950s, and all of it except the little bit near Hunters Beach is now private property. (See this post on the Memorials of Acadia National Park blog.) Here’s another little bit of it, about 50 feet above my head. And isn’t this boulder awesome? 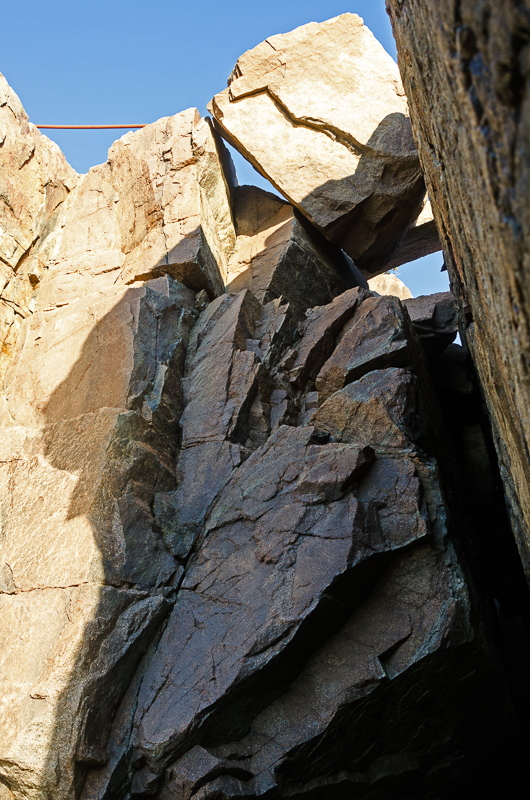 While we’re talking about Cooksey Drive (originally called Sea Cliff Drive), I found a few photos of it in a souvenir photo book from the late 19th century: 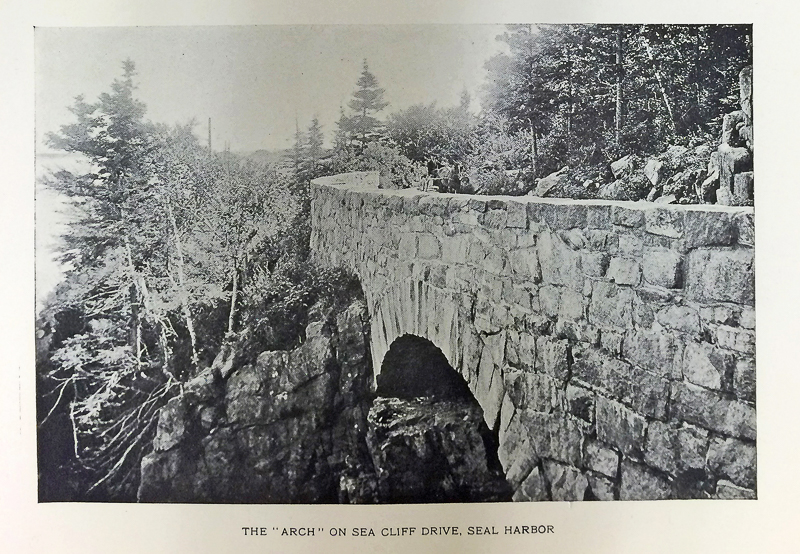 What a gorgeous old bridge – I need to get back over there and see if it still exists. 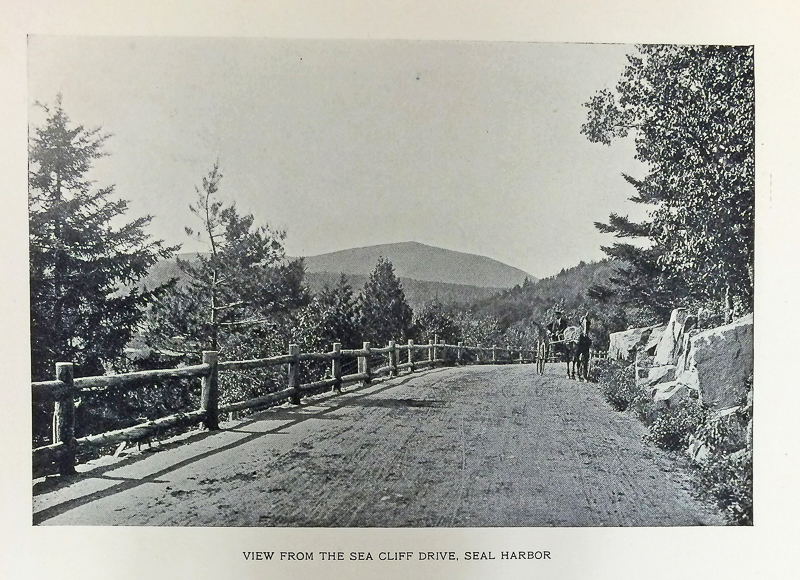 The tidepools were full of the usual suspects: starfish, sea urchins, periwinkle, barnacles, and coralline. 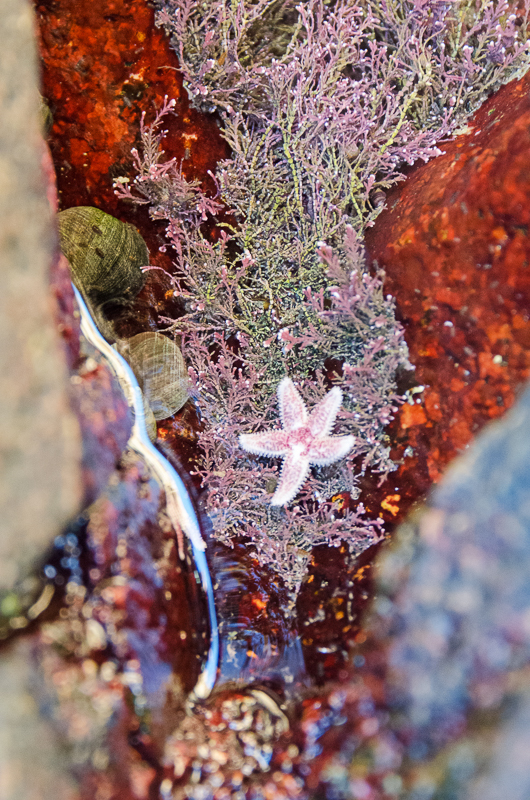 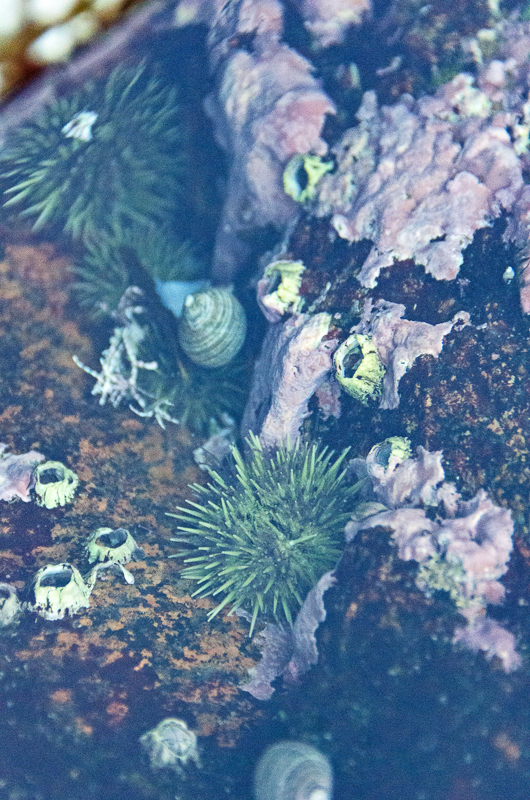 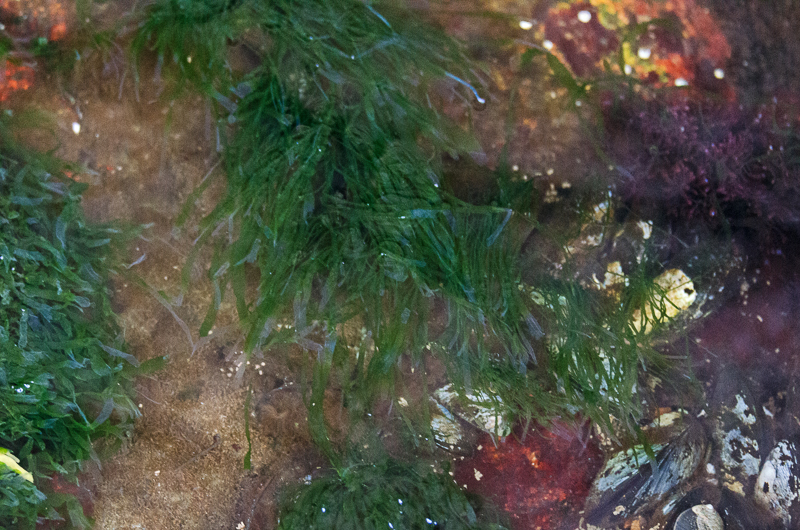 Doesn’t this house fit perfectly into the slope of the hill? It looks as if it had grown there. 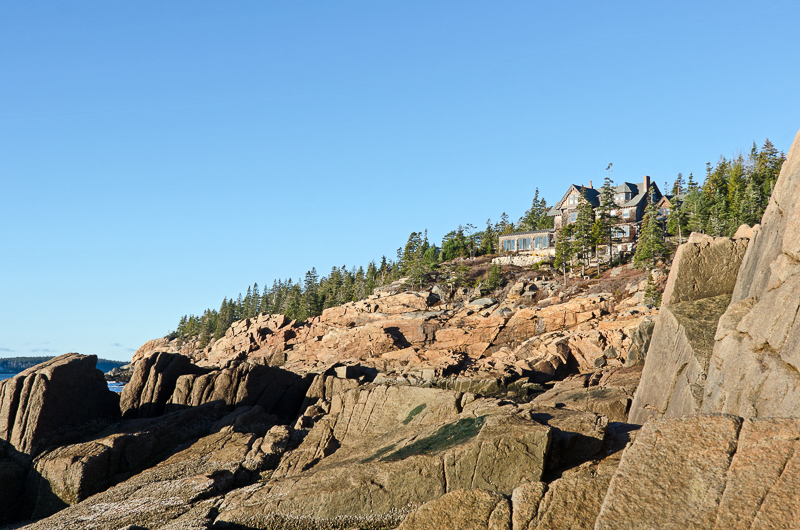 This was one of the most interesting things I found on the walk, mostly because I’d never seen one and had no idea what it was: 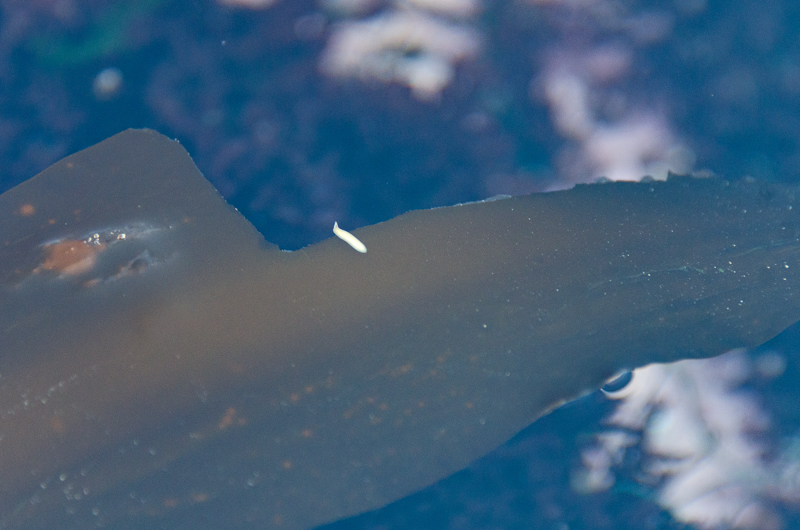 It was a flattened, white creature less than half an inch long that moved something like an inchworm, but without making an arch of its body. It seemed to move by extending and contracting along the kelp frond. Fascinating to watch (but remember I also enjoy watching saltwater evaporate.) I posted photos on Facebook, and my friends came back with ‘Planarian.’ (Thank you Jill and Anne!) So it’s a Flatworm, related to the brown ones you may have done regeneration experiments with in college biology class. 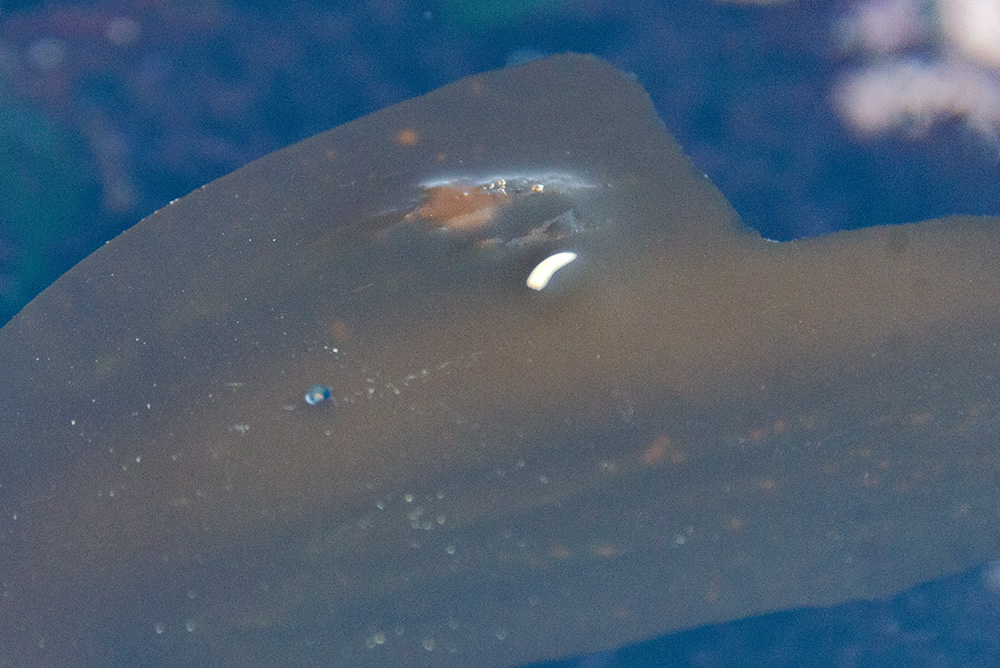 I’m sorry the photos aren’t clearer, but it’s tiny and under about two feet of water. The closest thing I could find to show you more clearly what it looks like is this gorgeous old illustration:

I can’t identify my little flatworm’s species, but it looked a lot like the white one in the middle of the left side. Isn’t it cute? 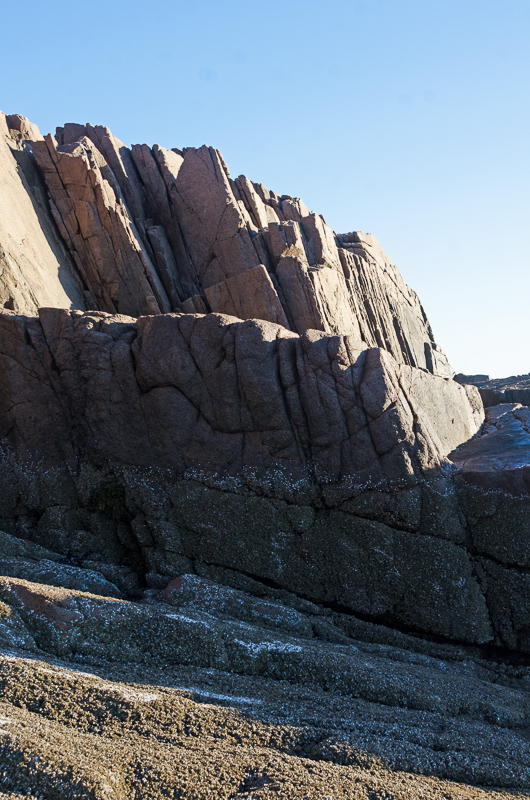 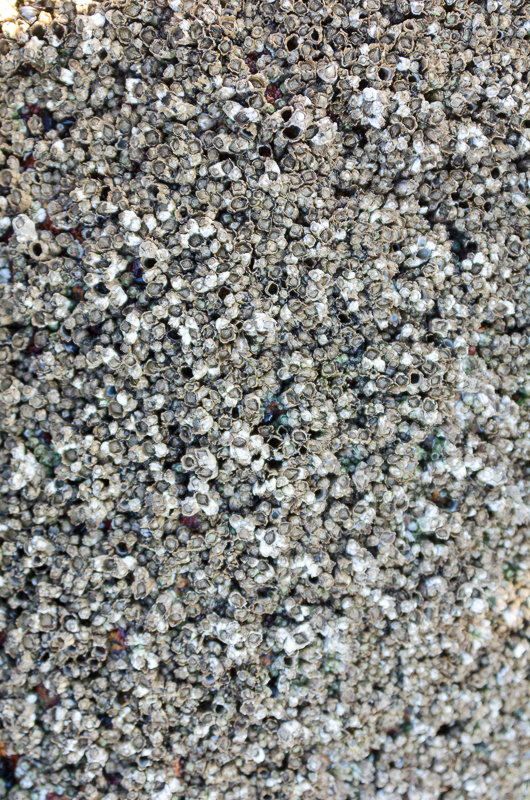 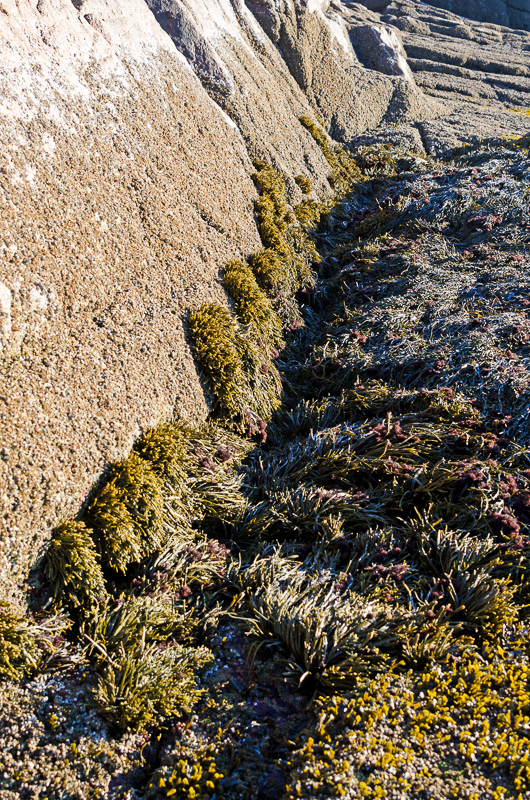 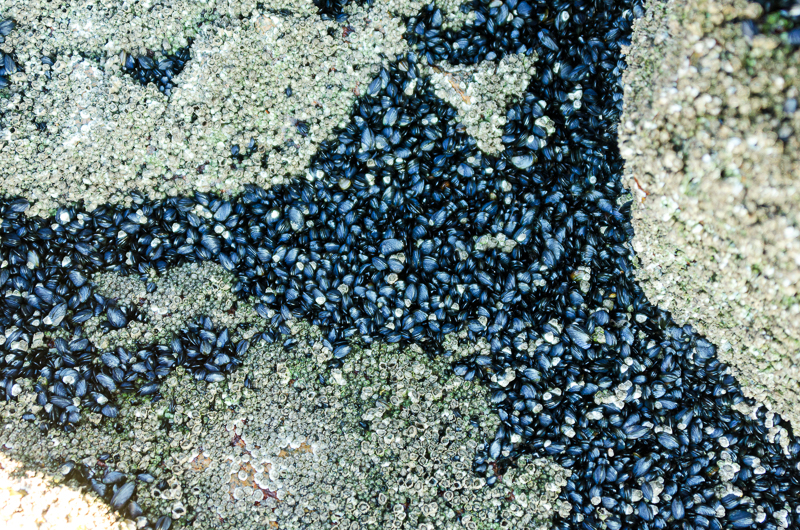 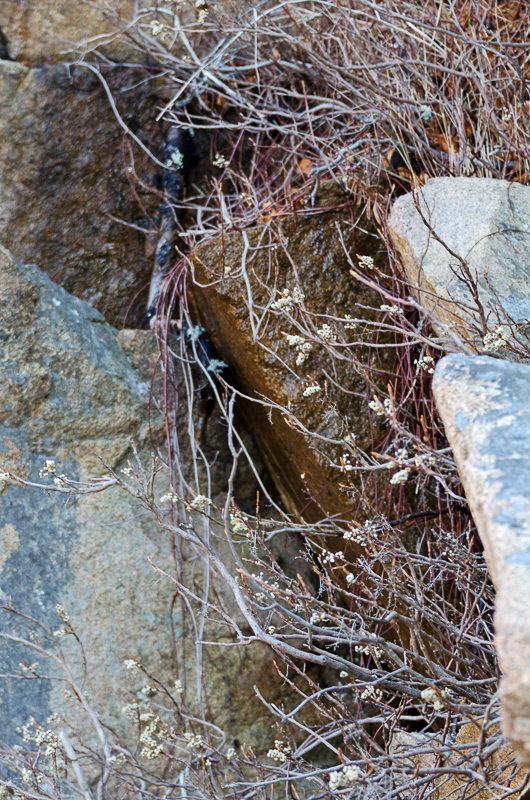 Before I knew it, I had rounded the point and reached the edge of my ‘permitted zone’ so I scrambled back up the cliff, dodging the poison ivy, and looked backward into the golden late-morning haze. 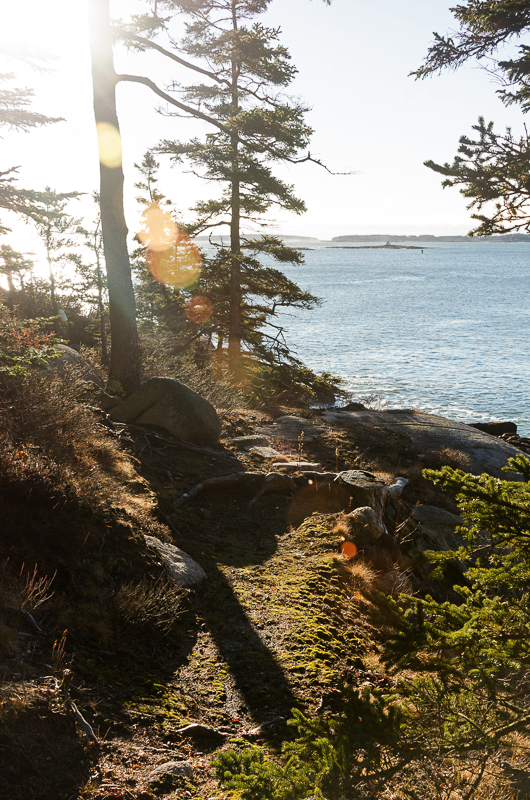 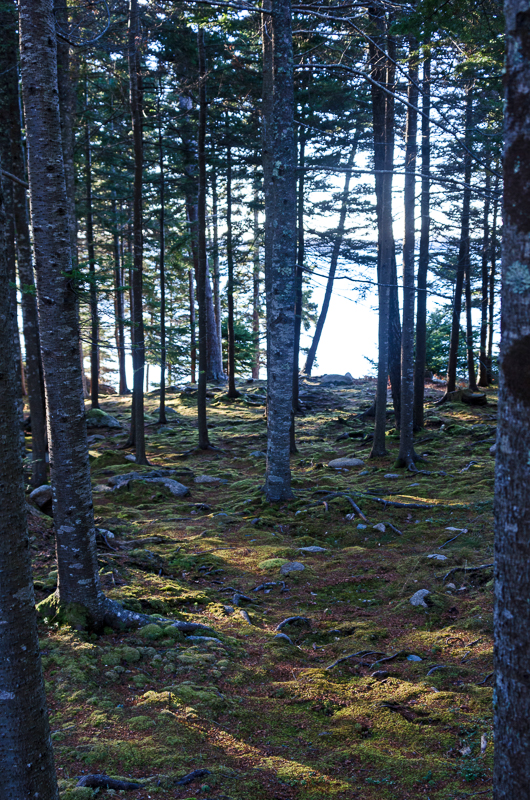 I love this island. Flatworms, lost trails, and carpets of moss; what more could a girl ask for?

In the original post I briefly mentioned that Cooksey Drive had been built by George Cooksey, but I’ve since found that he was instrumental in developing Seal Harbor both as a town and as a summer colony, so we should give him a little more attention. 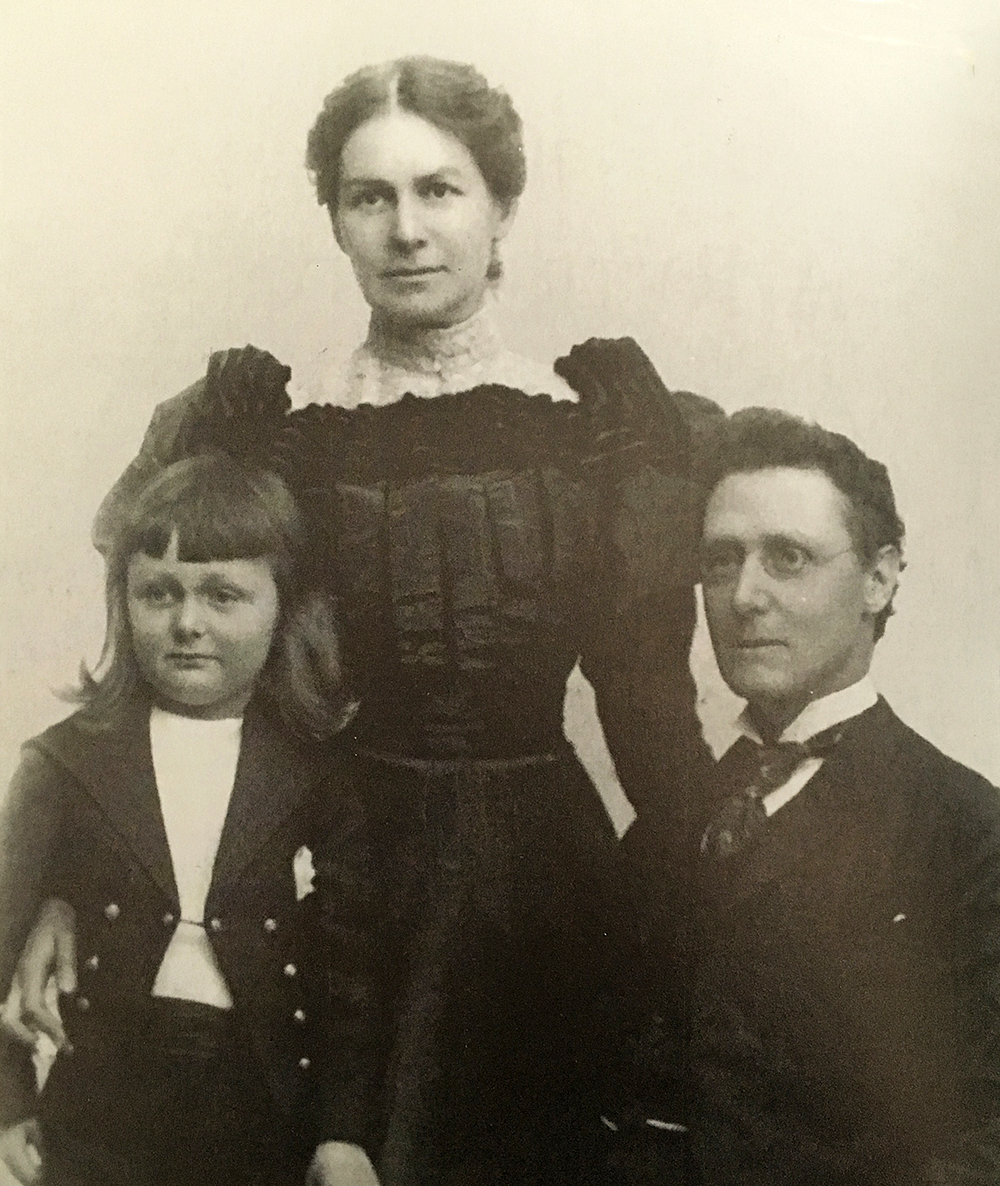 Most of my information comes from Lydia Vandenbergh and Earle Shettleworth, Jr.’s book (full citation below.) Cooksey was a wealthy grain merchant from New York. It sounds like his wife’s family, the Dows, summered in Seal Harbor (although I’m not clear on their original connection to SH, the Dows women keep popping up in my research.) Cooksey bought Eastern Point and Ox Hill in 1891, planning to create a resort development. In 1891 he also built a house, ‘Glengariff,’ which seems to have been on what is now Ringing Point. I’m not clear on its exact location yet. [More about that house in Coast Walk 14.] 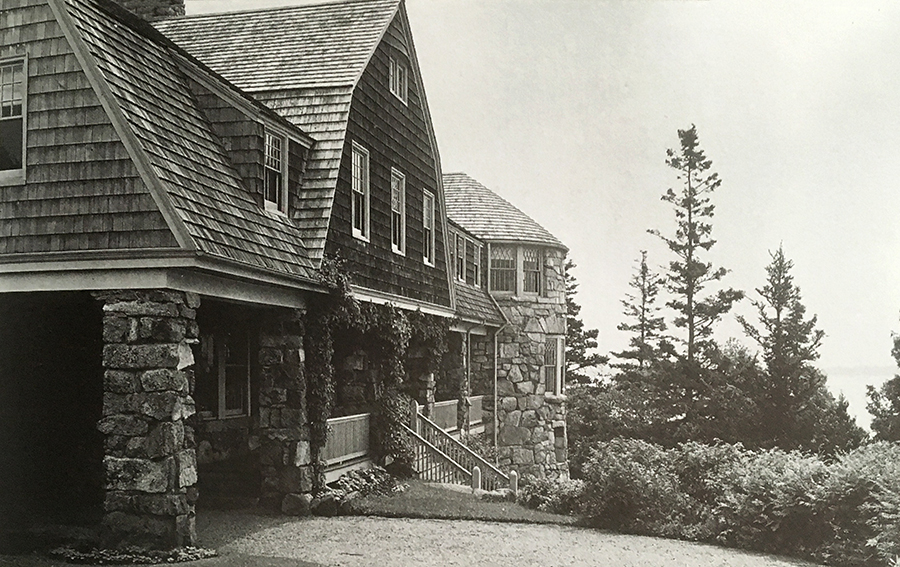 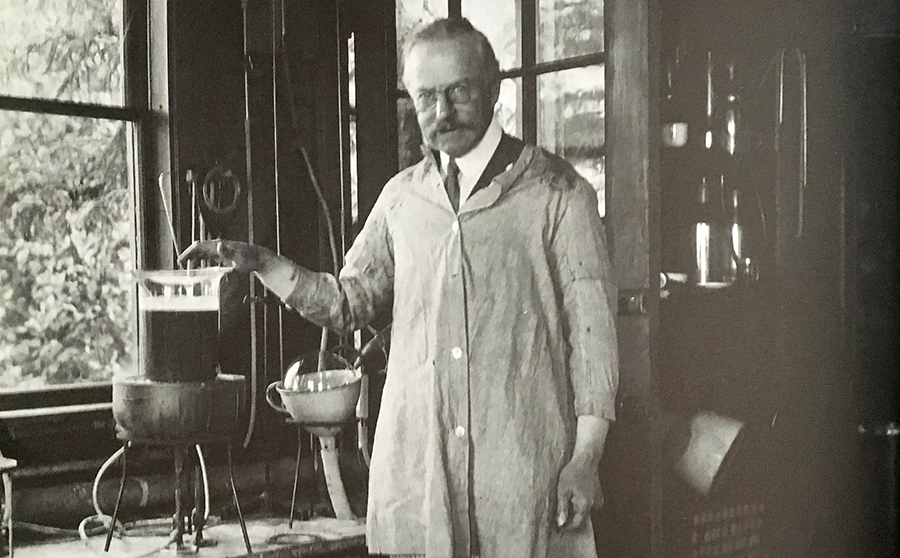